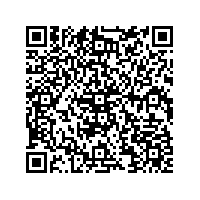 Subscribe to news
(PresseBox) ( Heidelberg, 21-01-04 )
Kefir is one of the world’s oldest fermented food products and considered to be a ‘superfood’ with many purported health benefits
New research shows how cooperation among bacterial species allows kefir to thrive as a community
The dominant species of Lactobacillus bacteria found in kefir grains cannot survive on their own in milk. Only when the species work together, feeding on each other’s metabolites in the kefir culture, they each provide something another needs


To make kefir, it takes a team. A team of microbes.

That’s the message of new research from EMBL and Cambridge University’s Patil group and collaborators, published in Nature Microbiology today. Members of the group study kefir, one of the world’s oldest fermented food products and increasingly considered to be a ‘superfood’ with many purported health benefits, including improved digestion and lower blood pressure and blood glucose levels. After studying 15 kefir samples, the researchers discovered to their surprise that the dominant species of Lactobacillus bacteria found in kefir grains cannot survive on their own in milk – the other key ingredient in kefir. However, when the species work together, feeding on each other’s metabolites in the kefir culture, they each provide something another needs.

“Cooperation allows them to do something they couldn’t do alone,” says Kiran Patil, group leader and corresponding author of the paper. “It is particularly fascinating how L. kefiranofaciens, which dominates the kefir community, uses kefir grains to bind together all other microbes that it needs to survive – much like the ruling ring of the Lord of the Rings. One grain to bind them all.”

A model for microbial interactions

Consumption of kefir originally became popular in Eastern Europe, Israel, and areas in and around Russia. It is composed of ‘grains’ that look like small pieces of cauliflower and have fermented in milk to produce a probiotic drink composed of bacteria and yeasts.

“People were storing milk in sheepskins and noticed these grains that emerged kept their milk from spoiling, so they could store it longer,” says Sonja Blasche, a postdoc in the Patil group and joint first author of the paper. “Because milk spoils fairly easily, finding a way to store it longer was of huge value.”

To make kefir, you need kefir grains. These can’t be artificially made, but must come from another batch of kefir. The grains are added to milk to ferment and grow. Approximately 24 to 48 hours later (or, in the case of this research, 90 hours later), the kefir grains have consumed the nutrients available to them. The grains grow in size and number in this time and the kefir process is complete. The grains are removed and added to fresh milk to begin the process anew.

For scientists, however, kefir provides more than just a healthy beverage: it’s an easy-to-culture model microbial community for studying metabolic interactions. And while kefir is quite similar to yogurt in many ways – both are fermented or cultured dairy products full of ‘probiotics’ – kefir’s microbial community is far larger than yogurt’s, including not just bacterial cultures but also yeast.

While scientists know that microorganisms often live in communities and depend on their fellow community members for survival, mechanistic knowledge of this phenomenon has been quite limited. Laboratory models historically have been limited to two or three microbial species, so Kefir offered – as Kiran describes – a ‘Goldilocks zone’ of complexity that is not too small (around 40 species), yet not too unwieldy to study in detail.

Sonja started this research by gathering kefir samples from several places. While most samples were obtained in Germany, they’re likely to have originated elsewhere, since kefir grains have been passed down over centuries.

“Our first step was to look at how the samples grow. Kefir microbial communities have many member species with individual growth patterns that adapt to their current environment. This means fast- and slow-growing species and some that alter their speed according to nutrient availability,” Sonja says. “This is not unique to the kefir community. However, the kefir community had a lot of lead time for co-evolution to bring it to perfection, as they have stuck together for a long time already.”

Cooperation is the key

Finding out the extent and the nature of the cooperation between kefir microbes was far from straightforward. To do this, the researchers combined a variety of state-of-the-art methods such as metabolomics (studying metabolites’ chemical processes), transcriptomics (studying the genome-produced RNA transcripts), and mathematical modelling. This revealed not only key molecular interaction agents like amino acids, but also the contrasting species dynamics between the grains and the milk part of kefir.

“The kefir grain acts as a base camp for the kefir community, from which community members colonise the milk in a complex yet organised and cooperative manner,” Kiran says. “We see this phenomenon in kefir, and then we see it’s not limited to kefir. If you look at the whole world of microbiomes, cooperation is also a key to their structure and function.”

In fact, in another paper from Kiran’s group in collaboration with EMBL’s Bork group, out today in Nature Ecology and Evolution, scientists combined data from thousands of microbial communities across the globe – from soil to the human gut – to understand similar cooperative relationships. In this second paper, the researchers used advanced metabolic modelling to show that the co-occurring groups of bacteria, groups that are frequently found together in different habitats, are either highly competitive or highly cooperative. This stark polarisation hasn’t been observed before, and sheds light on evolutionary processes that shape microbial ecosystems. While both competitive and cooperative communities are prevalent, the cooperators seem to be more successful in terms of higher abundance and occupying diverse habitats. Stronger together.

EMBL is Europe’s flagship laboratory for the life sciences. We are an intergovernmental organisation established in 1974 and are supported by 27 member states, 2 prospective member states and 2 associate member states.

We are international, innovative and interdisciplinary. We are more than 1800 people, from over 80 countries, operating across six sites in Barcelona (Spain), Grenoble (France), Hamburg (Germany), Heidelberg (Germany), Hinxton (UK) and Rome (Italy). Our scientists work in independent groups and conduct research and offer services in all areas of molecular biology.

Our research drives the development of new technology and methods in the life sciences. We work to transfer this knowledge for the benefit of society.www.embl.org