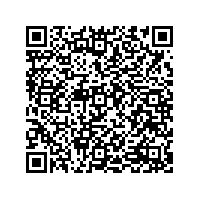 ElringKlinger with sustained surge in revenue in Q2 2015

Subscribe to news
(PresseBox) ( Dettingen / Erms, 15-08-05 )
The ElringKlinger Group recorded revenue growth of 13.9% in the second quarter of 2015, taking the figure to EUR 379.7 (333.5) million. Organically, i.e. excluding the effects of acquisitions and foreign exchange gains, revenue expanded by 4.5%. Thus, the ElringKlinger Group yet again managed to outpace the international vehicle markets when it came to the rate of growth achieved. Adjusted earnings before interest and taxes (EBIT), excluding purchase price allocations, totaled EUR 39.6 (42.3) million in the second quarter of 2015. Net income after non-controlling interests stood at EUR 21.0 (28.5) million.

ElringKlinger saw its sales revenue expand further against the backdrop of sustained consumer demand in the United States and an increasingly dynamic upturn in Europe's vehicle markets. Additionally, the Group benefited from several new product rollouts as well as significant structural growth in many of the product groups targeted at CO2 reduction. At an organic level, i.e. without the effects of consolidation and currency translation, revenue growth totaled 4.5% in the second quarter of 2015. The first-time consolidation of former M&W Manufacturing Company, Inc., Warren/USA (M&W), contributed additional revenue of EUR 8.8 million. As a result of the direction taken by the euro exchange rate, particularly in relation to the US dollar, Swiss franc and some of the Asian currencies, Group revenue was boosted by a further EUR 22.4 million in the second quarter of 2015. Total revenue generated by the ElringKlinger Group rose by 13.9% to EUR 379.7 (333.5) million in the second quarter of 2015.

As anticipated on the basis of developments in the first three months, business in the Original Equipment segment continued to be driven by high levels of capacity utilization over the course of the second quarter. Individual divisions within this segment again recorded a sustained surge in demand. This necessitated the introduction of extra shifts and additional freight movements, thus pushing the cost base up by around EUR 5 million in the second quarter of 2015. At the same time, the sudden appreciation of the Swiss franc against the euro had a dampening effect. ElringKlinger has already initiated measures aimed at optimizing its earnings situation and is anticipating a gradual improvement in performance by the end of the year.

Order intake rises by 15% from a high base

ElringKlinger anticipates that global automobile production in 2015 will expand by a percentage figure at the lower end of the single-digit range. While growth in China is likely to weaken by a significant margin, the European markets should develop better than previously expected.

Against this backdrop, the ElringKlinger Group is targeting organic revenue growth of 5 to 7%. Additionally, the consolidation of ElringKlinger Automotive Manufacturing Inc. (formerly M&W) will contribute around EUR 30 million to Group revenue in the financial year as a whole.

The special charges outlined above, earnings contributions from acquired entities that are as yet below the Group average and sluggish demand in the E-Mobility division will have a dampening effect on ElringKlinger Group earnings in 2015. Based on the assumption that earnings improve in the second half of the year as a result of optimization measures already initiated, EBIT before purchase price allocation, adjusted for non-recurring items, is expected to be around EUR 165 million.