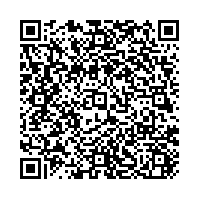 ElringKlinger AGM increases regular dividend by 12.5% - Klaus Eberhardt appointed as new member of the Supervisory Board

Subscribe to news
(PresseBox) ( Stuttgart, 13-05-16 )
MDAX-listed ElringKlinger AG will pay a regular dividend of EUR 0.45 (0.40) per share for fiscal 2012. Additionally, the AGM elected Klaus Eberhardt, former CEO of Rheinmetall AG, as a new member of the Supervisory Board. The AGM approved the actions of the Management Board and Supervisory Board of ElringKlinger AG by a large majority.

Benefiting from various new product ramp-ups and its strong positioning in Asia and North America, ElringKlinger managed to defy the weak state of the European vehicle markets over the course of the financial year 2012. Profit after taxes and non-controlling interests (profit attributable to the shareholders of ElringKlinger AG) totaled EUR 85.9 (94.9) million. In this context, the figure posted for the previous financial year had included a non-recurring gain of EUR 16.5 million after taxes attributable to the sale of the company's Ludwigsburg industrial park. On a like-for-like basis (EUR 78.4 million), profit after taxes and non-controlling interests rose by 9.6% in 2012.

On this basis, the shareholders supported the proposal put forward by the Management Board and Supervisory Board and passed a resolution, with 99.99% in favor, to increase the regular dividend to EUR 0.45 (0.40) per share. Participating in the company's success, the shareholders in the company will thus receive a dividend payout of EUR 28.5 million in total. Calculated on the basis of applicable net income of ElringKlinger AG, amounting to EUR 56.5 million, the dividend ratio for the 2012 financial year stands at 50.4%. In 2012, shareholders had received an extra dividend of EUR 0.18 per share in addition to the regular dividend. The extra dividend was attributable to one-time income from the sale of the Ludwigsburg industrial park in 2011.

Addressing an audience of around 600 shareholders and guests attending the AGM at the Liederhalle Cultural and Congress Center in Stuttgart, CEO Dr. Stefan Wolf looked back on what was a satisfactory financial year: "Despite a downturn that saw Western Europe's vehicle markets slump to a 25-year low, ElringKlinger managed to expand its revenue by 9% and generate profitable growth in 2012." Sales revenue recorded by the ElringKlinger Group increased to EUR 1,127.2 (1,032.8) million in 2012, while adjusted earnings before interest and taxes (EBIT) rose to EUR 136.0 (126.0) million .

With 97.91% in favor, the AGM elected Klaus Eberhardt, former CEO of Rheinmetall AG, as a successor to Karl Uwe van Husen, who had stepped down from his post as Supervisory Board member for reasons of age at the end of the 2013 Annual General Meeting.

The shareholders of ElringKlinger also passed the other proposals put forward by the management by large majorities. The actions of the Management Board and the Supervisory Board were ratified with 99.67% and 98.62% of the votes respectively. Ernst & Young GmbH was appointed as the auditor for the financial year 2013.

Future Inside - The world of mobility in the future

In the foyer of the Cultural and Congress Center, shareholders and guests were given an insight into the extensive range of products engineered by the ElringKlinger Group for automotive applications of the future. Alongside established products aimed at optimizing the combustion engine, the company showcased new developments within the area of e-mobility as well as end-to-end exhaust gas purification systems supplied by the Swiss subsidiary Hug. The main focus of those attending this event was on a pure electric vehicle, equipped with ElringKlinger cell contact systems for the lithium-ion battery stack, as well as the 2012 Engine of the Year, for which ElringKlinger developed the cylinder-head gasket.

Moving into fiscal 2013, the ElringKlinger Group managed to compensate for the continued malaise in Europe with a strong performance in Asia. Against this backdrop, Dr. Stefan Wolf is moderately positive as regards the prospects for business over the course of the year. In the first quarter of 2013, sales revenue increased by 1.1% to EUR 286.8 (283.8) million, while earnings before taxes contracted slightly to EUR 33.0 (34.0) million.

ElringKlinger plans to increase sales revenue by 5 to 7% in 2013 in terms of organic growth. Should global car production only stagnate in 2013, revenue growth is more likely to be positioned at the lower end of this range. At the same time, EBIT is to grow at a faster rate than revenue. EBIT for the financial year 2013 as a whole is expected to range from EUR 150 to 155 million (EUR 136.0 million in 2012).

"Supported by new products and structural growth in our core business, particularly turbocharger gaskets, thermal shielding parts and lightweight components, we will once again be looking to outpace market growth," said Wolf. "As the rate of expansion will be particularly dynamic in Asia, we consider ourselves favorably positioned despite the ongoing industry challenges faced in Western Europe."