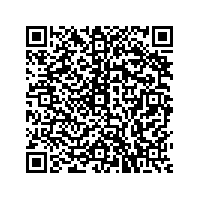 Change at the helm of the Supervisory Board of ElringKlinger


The Supervisory Board of ElringKlinger charted an important course for the future at its meeting convened on March 24, 2017. Having held leading positions at ElringKlinger AG and its predecessor companies over a period spanning 45 years in total, Chairman of the Supervisory Board Walter H. Lechler informed his fellow board members that he would be standing down from his post at the end of the Annual General Meeting on May 16, 2017, and would thus be vacating the Supervisory Board. In doing so, he is following the standard practice embraced by the family of principal shareholders not to occupy key positions beyond the age of 75. In 1972, Lechler became a member of the shareholder committee of the company formerly known as Elring GmbH. As from 1976, he was a member of the supervisory board of ZWL Grundbesitz- und Beteiligungs-AG, which together with ElringKlinger GmbH was merged into ElringKlinger AG in the year 2000. At that point, he became a member of the company's Supervisory Board, before being appointed its Chairman on May 16, 2012.

Deputy Chairman of the Supervisory Board, Markus Siegers, acknowledged Lechler's accomplishments: "In his supervisory roles, Walter H. Lechler was instrumental in shaping the Group's fortunes in terms of growth and market success. The Supervisory Board as a whole would like to thank him for his tremendous personal dedication, a sentiment also expressed at today's meeting."

In Klaus Eberhardt, an experienced manager and business leader has been nominated as a successor to Lechler. The election will take place during the Supervisory Board meeting to be convened on completion of the upcoming Annual General Meeting. Eberhardt can draw on many years of professional experience and has held senior managerial posts at various companies, which also includes the role of CEO at Rheinmetall AG for a period of 13 years. Aged 69, the degree-educated mathematician has been a member of the Supervisory Board of ElringKlinger AG since May 2013. In addition, he chairs the supervisory boards of Dürr AG and MTU Aero Engines AG.

The Supervisory Board will propose to the Annual General Meeting that Andreas Wilhelm Kraut be appointed to fill the vacant seat on the board. The 43-year-old manager, who holds a degree in business, is head of weighing technology specialist Bizerba SE & Co. KG, Germany. The fifth-generation family company employs some 4,000 people worldwide and generates annual sales of around EUR 650 million. "In Andreas Wilhelm Kraut, we have attracted to our Supervisory Board a young, dynamic, and – at the same time – successful executive of a global family-run group of companies. All of these credentials represent a perfect match for ElringKlinger," says departing Chairman of the Supervisory Board Lechler.

In addition, at today's meeting the Supervisory Board agreed to extend by five years, i.e., up to January 31, 2023, the contracts with Management Board members Stefan Wolf and Theo Becker, which were scheduled to end at the beginning of 2018. In taking this approach, it has ensured that the company will benefit at an early stage from managerial continuity at the most senior level. Dr. Wolf has held a seat on the Management Board since January 2005 and was appointed its Chairman/CEO in March 2006. Becker joined the Management Board in January 2006 and is responsible for operations.

ElringKlinger has focused its efforts on developing forward-looking green technologies. These are designed not only to reduce CO2 emissions but also to scale back the level of harmful nitrogen oxides, hydrocarbons, and soot particles. ElringKlinger is one of the few automotive suppliers worldwide with the capabilities of developing and producing high-tech components for all types of drive system - whether for downsized combustion engines or for electric vehicles driven by batteries or fuel cells. Drawing on its expertise in lightweight engineering, ElringKlinger can make a decisive contribution to efforts aimed at further reducing vehicle weight and thus fuel consumption. The company's portfolio centered around emissions reduction also includes particulate filters and end-to-end exhaust gas purification systems used in ships, commercial vehicles, construction machinery, and stationary engines as well as in power stations. This is complemented by products made of the high-performance plastic PTFE supplied by ElringKlinger Kunststofftechnik, which are marketed to a wide range of industries - also to those operating beyond the vehicle manufacturing sector. Applying its abilities as an innovator, ElringKlinger is committed to sustainable mobility and earnings-driven growth. These efforts are supported by a dedicated workforce of around 8,600 people at 47 ElringKlinger Group locations around the globe.