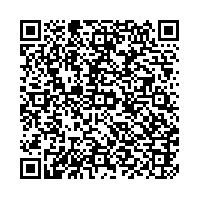 - Dividend resolution will lead to payout of EUR 31.7 million, equivalent to dividend ratio of 40.3%

- Andreas Wilhelm Kraut elected as new member of the Supervisory Board; broad consensus also on all other items on the agenda

- Klaus Eberhardt succeeds Walter H. Lechler as Chairman of the Supervisory Board

- Walter H. Lechler elected as Honorary Chairman of the Supervisory Board

The 112th Annual General Meeting of ElringKlinger AG was attended by around 900 shareholders, shareholder representatives, and guests at the Liederhalle congress center in Stuttgart. In his speech CEO Dr. Stefan Wolf presented a review of the financial year just ended, while also outlining the process of transformation currently driving the automobile industry: "Recording sales revenue of EUR 1,557.4 million and organic growth of 4.7%, ElringKlinger made considerable ground in 2016 and again outpaced the global markets in terms of forward momentum. This is attributable to the Group's innovative and broadly diversified product portfolio that provides an excellent vantage point when it comes to tackling the industry's dynamic transition towards alternative drive systems."

ElringKlinger generated earnings before interest and taxes of EUR 135.6 (135.2) million in fiscal 2016, thus emulating its performance in the previous year. While growth in revenue had a favorable impact on earnings, these positive contributions to profit were offset by charges relating to the Swiss subsidiary affected by capacity constraints. As a result, net income attributable to shareholders fell to EUR 78.6 (91.6) million.

The Annual General Meeting (AGM) approved by a majority of 99.96% the proposal put forward by the Management Board and Supervisory Board for a dividend payment of EUR 0.50 (0.55) per share for fiscal 2016. The total dividend payment will amount to EUR 31.7 (34.8) million. On this basis, the dividend ratio will rise to 40.3 (38.0)%, which lies at the upper range of the long-term dividend policy adopted by the company. It stipulates a dividend payment equivalent to between 30 to 40% of Group net income for the purpose of ensuring that shareholders receive an appropriate and sustainable return on their investment.

Shareholders also passed, by large majorities, all the other resolutions put forward. The actions of the Management Board and Supervisory Board were ratified with 99.88% and 96.50% of the votes respectively for the 2016 financial year. Ernst & Young GmbH Wirtschaftsprüfungsgesellschaft was appointed as the auditor for the financial year 2017. Additionally, a resolution on the cancellation of existing and the creation of new Authorized Capital, including the authorization to exclude subscription rights and an amendment to the Articles of Association, was approved by 89.22%. The overall attendance figure was 78.10% of share capital.

As an automotive supplier, ElringKlinger has become a trusted partner to vehicle manufacturers - with a firm commitment to shaping the future of mobility. Be it optimized combustion engines, high-performance hybrids, or environmentally-friendly battery and fuel cell technology, ElringKlinger provides innovative solutions for all types of drive systems. ElringKlinger's lightweighting concepts help to reduce the overall weight of vehicles. As a result, vehicles powered by combustion engines consume less fuel and emit less CO2, while those equipped with alternative propulsion systems benefit from an extended range. In response to increasingly complex combustion engine technology, the Group also continues to make refinements with regard to gaskets in order to meet the highest possible standards. Additional solutions include thermal and acoustic shielding components as well as particulate filters and end-to-end exhaust gas purification systems for engines used in stationary and mobile applications. The Group's portfolio is complemented by products made of the high-performance plastic PTFE which are also marketed to industries beyond the automotive sector. These efforts are supported by a dedicated workforce of more than 8,700 people at 47 ElringKlinger Group locations around the globe.