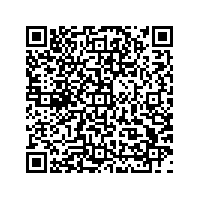 The convention was organized for small group activity teams in TPM, LEAN, Six Sigma, QIT, KAIZEN, 5S, and CFT to participate in the case study competition. Elcoteq Bangalore was very successful in the competition. It participated in the convention with five teams and won five awards: a gold award, silver award, and three bronze awards.

The steering committee directed the core committee members to work on a structured road map in preparing the teams to participate in this forum. The team members were trained intensively on basic 7 QC tools and its applications, problem solving techniques, and introduction to Six Sigma.

Each quality circle team had to score a minimum of 60% to be eligible for the next level of participation. Winning in the Chapter Convention is a prerequisite to participate further in national and international levels of the competition.

"All our teams have worked tremendously for this convention. Elcoteq teams have worked with very important issues and I am convinced that as a result of this convention we will further improve our everyday operations. I want to thank all Elcoteq Bangalore team members for their hard work, innovative ideas, and out-of-the-box thinking that made us successful," said Sukhvinder Kumar, general manager of Elcoteq Bangalore.

Quality Circle Forum of India (QCFI) was established in 1982 as a non-profit body, with Hyderabad as its Headquarters. QCFI is the National organization for promotion, propagation and advancement of theory and practice of Quality Circles as a part of Total QualityManagement.

Engineering, Manufacturing, Fulfillment and After Market Services are the cornerstones of Elcoteq's extensive service offering. Elcoteq has a proven track record in electronics manufacturing services (EMS) and a global factory network coupled with modern manufacturing equipment and consistent systems and processes.

Products include Consumer Electronics devices such as mobile phones and their accessories, set-top boxes, LED lamps and luminaires, flat panel TVs as well as System Solutions products such as infrastructure systems, modules, and other industrial segment products.

The Group's consolidated net sales for 2009 totaled 1.5 billion Euros and it employs approximately 10,000 people. Elcoteq SE is listed on the Nasdaq OMX Helsinki Ltd. For more information visit the Elcoteq website at www.elcoteq.com and find news about Elcoteq and the EMS market from the Elcoteq Blog at www.elcoteq-blog.com.