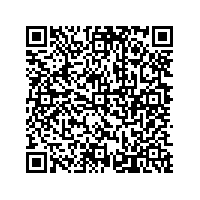 Over 200 Elation Fixtures for Luke Bryan "Huntin', Fishin' and Lovin' Every Day" Tour

Subscribe to news
(PresseBox) ( Kerkrade, 17-06-07 )
Luke Bryan lighting designer Justin Kitchenman of Align Design Group used 100 of Elation Professional’s compact ACL 360i™ fixtures in a spectacular upstage wall of lighting effects on the artist’s 2016 “Kill the Lights” tour. For the country music star’s current “Huntin’, Fishin’ and Lovin’ Every Day” tour, the designer again turned to the narrow-beam LED lights, deciding to add an additional 80 units in his new design.

“We used the ACL 360i as a feature on last year’s tour so I know what they are capable of,” comments the LD, who is entering his seventh year with Luke Bryan. “I was blown away by them. The beam can punch through, even with the other lights on. They are lightweight and low profile and worked out really well.”

The “Kill the Lights” tour played a final string of dates in February and March with the newly designed “Huntin, Fishin' and Lovin' Every Day” tour kicking off in Nashville in early May. Playing dates across North America through October, Bryan powers through a string of hits on the show in what is likely to be one of this summer's hottest tours.

“We wanted to keep the same video configuration and we again needed a fixture for the back of the wall,” he explains. “The ACL 360i is a great beam effect with surprising power.” Justin added 80 fixtures to last year’s rider for a total of 180 units in the current configuration, giving him even greater possibilities to come up with really unique looks. “There are some looks that have carried over from last year’s tour but most of it is new programming,” he says.

With the ability to rotate continuously 360-degrees, the large matrix of beam fixtures makes for a creative and eye-catching show.

Twenty-eight of the ACL 360i fixtures work from towers on the floor with vertical lines of fixtures on the back wall and the rest in the air on battens across three horizontal and three angled trusses. “They are so lightweight that two people can lift a batten with fixtures on it, which makes for an easy in and easy out,” Justin says, adding that the fixture’s price point and affordability was also a factor in their choice.

Because the tour plays such a large variety of venue types – stadiums, arenas, amphitheaters and festivals – Justin says they were looking for a package that could translate well. The rig is flexible and can be configured to whatever type of venue they play. For amphitheater dates, for example, the back wall of fixtures can be scaled down. And for the large number of festivals Bryan is playing this summer, the battens of ACL 360i fixtures can easily be rolled on and off stage.

Justin has used Elation’s white light Cuepix Blinders on Luke Bryan’s last two tours and again turned to them for the “Huntin’, Fishin’ and Lovin’ Every Day” tour. “We’re ecstatic about these lights” he says. “They are so durable. We had few issues with them last year and have had few this year as well.” Justin has 20 Cuepix Blinder WW2™ and 16 Cuepix Blinder WW4™ in the rig. Housing 2 and 4 long-life 100W warm white 3,200K COB LEDs respectively, they give a bright, high-density output that mimics the look of an incandescent source. “It gives us the classic look of the 2-lite and 4-lite bangers but with a fraction of the power requirements,” he states.

The Elation lights are being supplied for the tour by Nashville-based Elite Multimedia Productions and work together with other automated lights as part of a large intelligent lighting package. Elite has been a partner with Luke Bryan since the start of his career. “They have always bent over backwards to provide world class support and service to us no matter the time of day or where on the planet we happen to be,” Justin concludes.