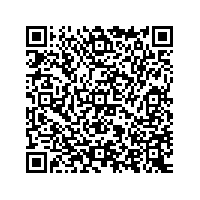 eCosPro-HostUSB is tightly integrated with the eCos file system layer, providing compatibility with existing eCos RTOS, library and application code. The stack works alongside the existing eCosPro automounter and FAT file system (delivering FAT16/32, long filename, multi-byte character support, and other features). eCosPro-HostUSB extends eCosPro's hardware options beyond the existing SHDC, MMC, CF and IDE support allowing flash and hard disk drives to be attached. eCosPro file system support was recently extended with an API for FAT16/32 formatting of devices, and this is utilised by the stack allowing for in-situ initialisation without needing intervention from a host or development system.

"The introduction of a USB stack that works directly alongside the familiar native eCos RTOS file layers will give developers a simple and speedy path to integrate and extend their product via the now ubiquitous USB standard." said Daniel Morris, Sales and Marketing Director at eCosCentric.

The stack has been architected to enable portability across architectures, endian and device interface implementations, and is extensible to allow for additional class support to be added. Generic support is included for OHCI-based host device interfaces, enabling eCosCentric to rapidly port to targets that conform to the OHCI hardware standard.

The initial release of eCosPro-HostUSB includes a first tranche of ARM targets popular with current eCosCentric customers, including Logic PD Zoom designs using the TI OMAP L138 and Sitara AM1808 DSP/microcontrollers, Spectrum Digital TI OMAP L137/TMS320C6747 Kits, as well as reference designs from Atmel that include the SAM9260, SAM9263, SAM9G20 and SAM9G45 microcontrollers.

Future releases are planned to add support for additional hardware targets and further class support, along with USB device stack and OTG support.