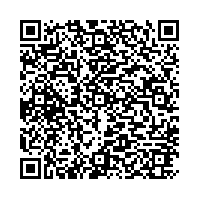 Subscribe to news
(PresseBox) ( Bonn, 10-07-29 )
Three days before the start of the next round of UN negotiations on climate change in Bonn, actions pledged globally on reductions of greenhouse gas emissions give virtually no chance to limit global mean temperature increase to below two degrees Celsius. That is the result of the latest analysis by the socalled 'Climate Action Tracker', an assessment system that shows how climate protection commitments by different countries would contribute to total greenhouse gas emission reductions globally and provides climate model projections that estimate the effect of the resulting global emission pathway on limiting global warming.

"Analyses on several developing countries were added to the tracker that show movement in the right direction: Bhutan pledged to stay carbon neutral, Papua New Guinea pledged to significantly reduce its emissions", says Niklas Höhne of Ecofys, who developed the Climate Action Tracker together with researchers of Climate Analytics and the Potsdam Institute for Climate Impact Research (PIK).

"The coming talks in Bonn will focus on possible accounting rules for forests in developed countries. These rules have significant implications on the stringency of the reduction pledges, creating one of the socalled 'loopholes' in the system", says Michiel Schaeffer of Climate Analytics.

"The reduction proposals by the big developed and developing countries have not changed since our last update and existing loopholes have not been eliminated yet. Hence, our calculations still point to a virtual certainty of exceeding 1.5°C, with global warming by 2100 very likely to rise above 2°C and even a 50% chance of exceeding 3°C", says Dr h.c. Bill Hare (Potsdam Institute for Climate Impact Research).

Details: Analysis on new countries added New countries with significant action include Bhutan and Papua New Guinea: Bhutan reported that its forests captured significantly more carbon than it emitted in all other sectors. Bhutan is already carbon neutral and pledged to stay carbon neutral. While the submitted data are still to be verified, Bhutan's commitment can be considered as significant. Papua New Guinea aims to decrease its greenhouse gas emissions by at least 50% before 2030 and to be climate neutral by 2050. This commitment is also significant and goes beyond the ambition of many developed countries.

Moldova asked for new 'hot air': Its current emissions are 75% below the 1990 level, due to economic downturn in the 90s. Its pledge to limit emissions by 2020 to 25% below from 1990 would raise Moldova's 'allowed' emissions to three times today's emissions, even exceeding expected emissions by 2020 in Moldova's 'business as usual' scenario.

The industrial emissions reduction targets for 2020 of developed countries as a whole are estimated to be 11-19% below the 1990 level of greenhousegas emissions (excluding forestry and land use change emissions). However, emission credits calculated from countrypreferred accounting options for land use, land use change and forestry would degrade this by about 5 percentage points. This would bring the effective reductions in industrial GHG emissions to about 6-14% below 1990 levels by 2020. The low reduction target (6% in aggregate) is based on unconditional or 'unilateral' targets for most countries, while most countries link the highest reduction target (14% in aggregate) to a strong international agreement still to be reached. Around 25-40% reductions by industrialized countries by 2020 from 1990 GHG emissions levels are described as necessary by the Intergovernmental Panel on Climate Change (IPCC).

Regarding the pledges by the European Union, there has been no change, although Climate Analytics notes that the Commission has advised the EU that a shift in position from its 20% unilateral to its 30% conditional target could be met with much lower economic impact than previously estimated, partly due to the recession. A 30% unilateral target would bring the EU to the boundary between 'medium' and 'sufficient' ambition levels.

The proposal by the US to limit its emissions to 17% below 2005 by 2020 (3% below 1990), rated Inadequate, is in danger given that legislation to achieve this emission target has stalled in the US Senate. As the US emits close to 40% of industrial emissions in developed countries (and roughly 20% globally), action by the US is important for reaching the necessary 25-40% reductions by industrialized countries by 2020.

With these new developments the world is still headed for a global warming of 3.5°C by 2100 (2.9 to 4.4°C). Carbon dioxide concentrations are projected to be over 650 ppm (parts per million) in 2100, far above the 350 ppm limit called for by many countries. Total greenhousegas concentrations would be close to 800 ppm CO2equivalent by 2100.

About the Climate Action Tracker team

Dr Niklas Höhne, Director energy and climate policies at Ecofys and lead author at the IPCC, developed, together with Dr Michel den Elzen from MNP, the table in the IPCC report that is the basis for the reduction range of -25% to -40% below 1990 levels by 2020 that is currently being discussed for Annex I countries. The Ecofys team includes Katja Eisbrenner, Christian Ellermann, Markus Hagemann, Sara Moltmann and others.

Dr Claudine Chen works on the PRIMAP model at the Potsdam Institute for Climate Impact Research (PIK), along with other members of the PRIMAP team (http://www.primap.org).

Dr h.c. Bill Hare (PIK and CEO of Climate Analytics) was a Lead Author of the IPCC Fourth Assessment Report and is the coleader of the PRIMAP team, with Dr Malte Meinshausen of PIK.

CLIMATE ANALYTICS GmbH is a nonprofit organization based in Potsdam, Germany. CLIMATE ANALYTICS has been established to synthesize climate science that is relevant for international climate policy negotiations. It provides scientific, policy and analytical support for Small Island States (SIDS) and the least developed country group (LDCs) negotiators, as well as nongovernmental organisations and other stakeholders in the 'post-2012' negotiations. It aims to assist in building inhouse capacity within SIDS and LDCs.

http://www.pik-potsdam.de PIK conducts research into global climate change and issues of sustainable development. Set up in 1992, the Institute is regarded as a pioneer in interdisciplinary research and as one of the world's leading establishments in this field. Scientists, economists and social scientists work together, investigating how the earth is changing as a system, studying the ecological, economic and social consequences of climate change, and assessing which strategies are appropriate for sustainable development.

Ecofys is a leading knowledge and innovation company that operates in the field of renewable energy, energy efficiency and climate change with the mission 'A sustainable energy supply for everyone'. We deliver research and service solutions from product development to implementation management. Our clients are energy companies, financial institutions and corporate businesses, governments and local authorities, international institutions, project developers, housing associations, building companies and energy consumers around the world.