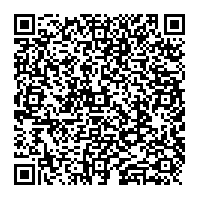 Subscribe to news
(PresseBox) ( Berlin, 09-06-23 )
Belgian International Brachytherapy S.A. (IBt Bebig), an associated company of Eckert & Ziegler AG (ISIN DE0005659700), the Russian State Fund Corporation Rusnanotech Corp. and the marketing company Santis Ltd. agreed on the construction of a new production site in the Russian Federation. "NanoBrachyTech", holding a minority share of 15% at IBt Bebig, is supposed to produce mainly medical products for the treatment of prostate cancer for customers in Russia, Ukraine, Byelorussia, an Kazakhstan, starting in 2011. The modern necessary production facilities and the know-how for the manufacturing will be provided by IBt within the framework of a delivery and licence contract. Some 10 million EUR of additional turnover as well as a considerable contribution to operating income resulting from these deliveries and the respective licence payments are expected within the next two years alone.

"The Russian State Fund's decision in favour of IBt Bebig again confirms that in our trade a company's size and market share have a considerable effect on the strategic choice of partners", Andreas Eckert, CEO of Eckert & Ziegler AG, explained. "Therefore it was right to create a large European brachytherapy specialist in early 2008 by bringing our 100% subsidiary company Bebig GmbH into our then competitor IBt, being attractive also to financially strong partners outside the European Union. Despite of the judicial conflict over the takeover offer, we are therefore convinced that with IBt Bebig we have a jewel with a considerable potential for development in the coming years. The additional profits from the turnovers from the facility and the licence fees by IBt Bebig will surely also provide a noticeable contribution to operating income for Eckert & Ziegler AG. By now, the market volume for weak radioactive implants in the Russian Federation may be only 3 million EUR but the growth rates are remarkable."

The major partner in the joint venture with IBt Bebig is the Russian company for nano technologies Rusnanotech, a State Fund with a capital of more than 5 billion US$. The company co-finances projects characterized by a large commercial or social benefit for the Russian Federation. On the basis of long-term success plans by leading Russian and international experts, Rusnanotech chooses and supports only the most competitive products. The fund organizes the scientific, technical, and financial analysis of the projects, participates by means of long-term investments, and supports its participations with a maximum financial and administrative effort.

IBt Bebig develops, produces, and sells radiation-technology products for the treatment of cancer, in particular prostate cancer, worldwide. The company with its approx. 150 employees is market leader in Europe for weak radioactive prostate cancer implants. The company's head office is in Brussels, the main production site is in Berlin. Eckert & Ziegler holds almost 40% of the economic shares of the company and 29.9% of the voting rights in the annual general meeting. Eckert & Ziegler owns an option for another 21% of the annual general meeting's voting rights.

Eckert & Ziegler Strahlen- und Medizintechnik AG is a global isotope technology company and holding company for a number of specialized subsidiary companies in the field of processing of radioisotopes and of development, production, and marketing of isotope technology components, medical devices, and similar products. The group expects a turnover of ca. 100 million EUR for 2009 and is one of the largest suppliers of radioactive components for radiation therapy and nuclear medicine, employing 520 employees worldwide.