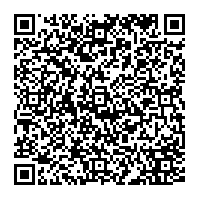 Subscribe to news
(PresseBox) ( Berlin, 09-03-18 )
In its accounts review meeting today, the Executive Board of Eckert & Ziegler AG (ISIN DE0005659700) resolved to post a provision of 7.14 million EUR in its 2008 annual financial statements against the risk of potential liabilities resulting from the court action by a stockholder of the Belgian concern International Brachytherapy (IBt) for the submission of a takeover bid. As a result, the Group's annual profits remain positive and in line with projections of 3.5 mm EUR or 1.12 EUR per share, but now all extraordinary profits resulting from the contribution of Eckert & Ziegler BEBIG GmbH into International Brachytherapy (IBt) are more or less cancelled out by depreciations and risk provisions. The exact figures will be released with the publication of the annual financial statements on March 27, 2009.

The Board's decision was preceded by discussions with lawyers, accountants, stockholders and other institutions involved in the case. They highlighted that the claim has few legal precedents, and also, that there is no possibility of appeal against the decision of the responsible court. To cover the risk that the false appearances put forward by the claimant in its court action work against Eckert & Ziegler, to ensure transparency, and to make use of the extra income in 2008 resulting from the contribution of former subsidiary Eckert & Ziegler BEBIG GmbH in the IBt concern, the Board has decided to take the precaution of posting a corresponding provision.

The Board reiterates its statement that there are not, nor ever have been, any attempts to come to an agreement with another principal stockholder on a course of action with which to exert further influence on the Belgian concern International Brachytherapy S.A. It asserts that with the incorporation of Eckert & Ziegler BEBIG GmbH in the IBt concern in February 2008, Eckert & Ziegler AG already gained sufficient influence over the Belgian concern, including the right to nominate half of the supervisory board members and also the chairman of the supervisory board of IBt. In addition, Eckert & Ziegler's obligation to maintain a price of 3.47 EUR per share in a takeover bid visibly expired on 2/26/2009, so that Eckert & Ziegler could have had no conceivable motive for an agreement within the 12-month price maintenance period.