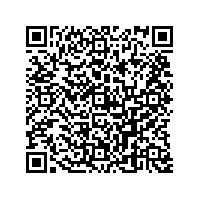 Gauger is the former CEO of 1&1 and brings enormous experience in the technology industry, where he has been involved in shaping the cloud and hosting market in Europe since the 1990s. He was co-founder of the German hosting pioneer Schlund+Partner, moving to 1&1 as CEO, where he was instrumental in it becoming the European market leader in hosting and a leading German ISP and telecommunications provider. In 2010, he co-founded the internationally successful cloud provider ProfitBricks.

In addition to his commercial activities, Gauger has worked closely with Rafael Laguna on creating ID4me, the not-for-profit organization that uses and extends open standards to provide a federated protocol for digital identity management, where he is currently Chair.

“I have known Open-Xchange from its early days and believe that it has a unique proposition for the market,” said Andreas Gauger, newly appointed CEO, Open Xchange. “It counts some of the world’s largest ISPs, carriers and telcos as customers, and is working on some very innovative extensions to its portfolio, so I believe it’s in a great position for growth, and I’m looking forward to playing my part.”

"As an early lead investor, we have been working very closely with Rafael Laguna and the entire OX team for many years. However, we are convinced that with Andreas Gauger we have the ideal candidate to take the company to the next level. Together with him, we look forward to even further expanding the reach of an open platform that users prefer over monopolistic alternatives", says Paul-Josef Patt, CEO of eCAPITAL.

"We’ve achieved an amazing amount over the past 15 years – going from a Linux-based Microsoft Exchange alternative to the premier ISV and provider to some of the world’s largest ISPs and hosters, enabling them to compete successfully with the OTT players in offering secure and open messaging, office productivity and DNS/security tools to both consumer and business customers,” said Rafael Laguna de la Vera, outgoing CEO and co-founder of Open-Xchange. “And, we’ve proved that Open Source can win: OX Dovecot is the world’s most popular IMAP server software, with 76% of all mail servers using it, and OX PowerDNS is the most widely used DNS resolver and DNS-based security solution. I am very proud of what our 300 geniuses and the community have accomplished.

On stepping down, Laguna de la Vera will become the Director of the German Agency for Disruptive Innovation, SprinD, where he’s been working alongside his role at Open-Xchange since last year.

"This is an exciting time for the company. Andreas has known Open-Xchange and the team from the very early days, when he was CEO of our first major service provider customer, and I believe he is the best person to lead the company into its next phase.”

About Open-Xchange
Open-Xchange (OX) is a developer of secure and open communication and office productivity software, IMAP server software and DNS solutions. Since 2005, it has partnered with many of the world’s largest Internet Service Providers (ISPs), telcos and carriers to deliver Open Source email and productivity solutions that include secure storage, file and document management. OX Dovecot is the world’s most popular IMAP server software and OX PowerDNS provides secure DNS services to telco customers and their users worldwide. Software developed by Open-Xchange is used by 200 million people globally. It is headquartered in Germany, with offices in Bremen, Cologne, Dortmund, Hamburg, Nuremberg and Olpe, and international offices in the Finland, France, Italy, Japan, the Netherlands, Spain and the USA.

eCAPITAL is a venture capital firm that provides early to growth stage funding to technology companies in the fields of software & information technology, cybersecurity, industry 4.0, new materials and cleantech. Founded in 1999, eCAPITAL has a history of supporting entrepreneurs determined to build companies with lasting significance. Partnering with eCAPITAL means joining an international network of business leaders, entrepreneurs, technologists and potential partners. eCAPITAL is located in Germany, currently manages funds with over EUR 220 million under management and was lead investor of some very successful German exits like sonnen or Novaled.