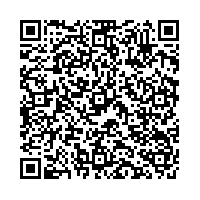 This key step - which was achieved on schedule - is part of EADS North America's commitment to establishing full production of the UH-72A in the United States. The Laokta's industrialization is the responsibility of the American Eurocopter business unit of EADS North America, and is performed in a 220,000 sq. ft. purpose-built factory at the Golden Triangle Airport Industrial Complex.

"EADS North America is not only meeting all of our commitments to the Army, but also meeting our commitments to the U.S. taxpayer, said EADS North America Chairman and CEO Ralph D. Crosby, Jr. "We are creating high-value jobs, in-sourcing technology to the United States and bringing the production of one of the world's most successful helicopters to a new rotary-wing center of excellence in Mississippi. Our Army customers are pleased with the performance and capabilities of the Lakota and we look forward to supporting the Navy's training requirements."

The UH-72A is based on Eurocopter's EC145 multi-role helicopter. As part of EADS North America's expansion of its industrial presence in the United States, the company has established a full-scale production capability for the Lakota at its American Eurocopter facility in Columbus.

EADS North America's initial UH-72A from the FAL phase was the 41st Lakota delivered to the Army. It completed seven of the 14 assembly production work stations involved in the Eurocopter's production in Columbus - including the installation of flight instruments, engines, tail boom and doors to systems test, flight testing and airworthiness approval.

This aircraft also incorporates the first UH-72A tail boom that was entirely manufactured at the Columbus facility - representing another element of the Lakota's production transfer to the U.S.

An increasing number of Lakotas will be produced in the Final Assembly Line phase until the UH-72As proceed through all 14 work assembly stations in the Columbus facility - marking the establishment of full production line capability in the United States.

EADS North America has been delivering UH-72As since late 2006. More than 350 UH-72As are expected to be acquired for operation in homeland security, MEDEVAC, VIP, support and logistics operations with the Army and Army National Guard units. Lakota production is currently averaging three to four helicopter completions per month, with the eventual peak capacity of five aircraft per month.

EADS North America was awarded the Light Utility Helicopter contract in June 2006, and the UH-72A's service introduction was one of the most rapid in the service's Army's history.