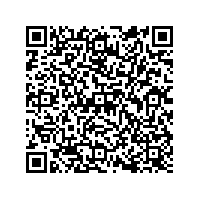 Subscribe to news
(PresseBox) ( Amsterdam, 09-08-05 )
EADS, the European aerospace and defence company, has established a new subsidiary in Japan to help coordinate and support the Group's marketing campaigns and industrial partnerships there.

From its office in Tokyo, EADS Japan K.K. will aim to strengthen EADS' presence in the country and forge further long-term business relationships with Japanese industry and aerospace institutions. EADS, through its divisions Airbus, EADS Defence & Security, Eurocopter and EADS Astrium, has an extensive European portfolio of products and services to offer in Japan. The group already buys directly, or indirectly through its first tier suppliers, products worth some $1 billion annually in the country. The Japanese aerospace market is one of the largest in the world and has great potential.

Vincent Larnicol was appointed President of EADS Japan in May 2009 having formerly been the General Delegate of EADS Libya. He previously worked for five years for one of Japan's leading trading houses, Nissho Iwai Corporation - now known as Sojitz - in both Tokyo and Paris. The EADS Japan office is located at Akasaka, Minato-ku in Tokyo, one of Japan's key business and finance areas.

"Establishing a subsidiary in Japan underlines EADS' strong commitment to the country," said Vincent Larnicol, President of EADS Japan. "It represents a major step forward for EADS to further its ties with Japan and offer a strong European alternative when it comes to aerospace partnerships and equipment acquisition," Mr. Larnicol added.

Christian Duhain, head of EADS International Development for Asia/Pacific, said the Japan office has a key role to play in the wider region. "EADS is already present in most Asian countries with great success and opening the office in Japan will strengthen our approach to this important market and support tie-ups with local partners," Mr. Duhain said.

The EADS Group already has a significant presence in the Japanese market to build on: Eurocopter has more than a 50% share of the civilian helicopter market and is also a supplier to the Ministry of Defence. Eurocopter Japan Co. Ltd. recently bought a stake in the helicopter maintenance operations of ANA Aircraft Maintenance Co. Ltd. EADS Astrium buys and sells space equipment in Japan while Airbus is fully committed to this important market and is also targeting agreements with Japanese industrial partners.

EADS is a global leader in aerospace, defence and related services. In 2008, EADS generated revenues of € 43.3 billion and employed a workforce of about 118,000. The Group includes Airbus as the leading manufacturer of commercial and also tanker, transport and mission aircraft, Eurocopter as the world's largest helicopter supplier and EADS Astrium, the European leader in space programmes from Ariane to Galileo. The Defence & Security Division is a provider of comprehensive systems solutions and makes EADS the major partner in the Eurofighter consortium as well as a stakeholder in the missile systems provider MBDA.