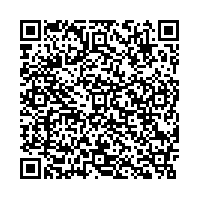 First Export Success for the COBRA Radar in the Gulf region

COBRA was developed for France, Germany and UK as the first multifunctional counter battery radar in the world with a fully active phased array antenna, enabling accurate multiple targets detection within a short reaction time. Its modular architecture provides high reliability and system availability. During all live fire trials to which COBRA participated, including desert trials in UAE during summer 2005, in competition with other weapon locating radars, COBRA achieved performance (location range as well as detection and location accuracy) were far better than the COBRA Specifications.

Deployed in several out-of-area operations including UN missions, German systems are involved in the Defence Against Mortar Attacks (DAMA) initiative that is part of the NATO Conference of National Armament Directors' Programmes of Work for the Defence against Terrorism. French systems are in operation in Lebanon, UK's systems in Iraq.

Thales is a leading international electronics and systems group, addressing defence, aerospace and security markets worldwide.Thales's leading-edge technology is supported by 22,000 R&D engineers who offer a capability unmatched in Europe to develop and deploy field-proven mission-critical information systems. To this end, the group's civil and military businesses develop in parallel and share a common base of technologies to serve a single objective: the security of people, property and nations. The group builds its growth on its unique multi-domestic strategy based on trusted partnerships with national customers and market players, while leveraging its global expertise to support local technology and industrial development. Thales employs 68,000 people in 50 countries with forecast 2007 revenues in excess of 12 billion Euro.

EADS Defence & Security (DS) is a systems solutions provider for armed forces and civil security worldwide. Its portfolio ranges from sensors and secure networks through missiles to aircraft and UAVs as well as global security, service and support solutions. In 2007, DS - with around 22,000 employees - achieved revenues of 5.5 billion Euro. EADS is a global leader in aerospace, defence and related services. In 2007, EADS generated revenues of 39.1 billion Euro and employs a workforce of about 116,000.