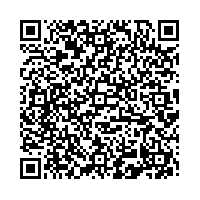 DSV, 494 - Launch of new share buy-back programme according to the Safe Harbour Method and reduction of share capital in DSV A/S

(PresseBox) ( Bremen, 13-04-30 )
The Board of Directors of DSV has decided to exercise the authorisation to buy back shares granted by the Annual General Meeting on 21 March 2013.

The purpose of the share buy-back is to hedge the Group's incentive programmes and adjust the capital structure. At the next Annual General Meeting of DSV a resolution will be proposed that shares which are not used for hedging of the incentive programmes be cancelled.

The share buy-back programme will run from 30 April 2013 to 2 July 2013, both days inclusive. During this period, DSV will buy own shares up to a maximum value of DKK 400 million in accord­ance with the provisions of European Commission Regulation (EC) No. 2273/2003 of 22 December 2003, the so-called 'Safe Harbour' method that protects the boards of directors and executive boards of listed companies from violating insider trading legislation in connection with share buy-backs.

- DSV is required to retain a financial adviser who is to make its own trading decisions independently of and without influence from DSV and execute the buy-back within the announced limits. DSV has retained Nordea Bank Danmark A/S as its financial adviser and lead manager for the share buy-back.

- DSV may repurchase shares for a maximum amount of DKK 400 million under the share buy-back programme, and no more than 4,000,000 shares, corresponding to 2.22% of the current share capital of DSV A/S, may be purchased.

- No shares may be bought back at a price exceeding the higher of (i) the share price of the latest independent trade and (ii) the highest current independent offer price at NASDAQ OMX Copenhagen at the time of trading.

- The maximum number of DSV shares which may be purchased on each business day may not exceed 25% of the average daily trading volume of DSV shares on NASDAQ OMX Copenhagen over the last 20 trading days prior to the date of purchase.

- The reporting obligations under Danish law and the rules of NASDAQ OMX Copenhagen must be fulfilled within the applicable time limits.

At DSV's Annual General Meeting on 21 March 2013 a resolution was passed, following a proposal by the Board of Directors, to reduce the share capital by a nominal amount of DKK 8,000,000 through the cancellation of 8,000,000 treasury shares, corresponding to 8,000,000 voting rights.

The announcement of the resolution was published through the information system of the Danish Business Authority on 21 March 2013.

At the expiry of the four-week time limit on 18 April 2013 no claims had been filed requiring satisfaction or provision of security, and the reduction and registration of the share capital was hereafter completed.