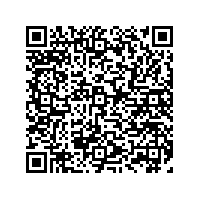 
dSPACE ConfigurationDesk is now available in version 6.0. It makes the implementation software for the versatile dSPACE SCALEXIO systems even more user-friendly. This latest version features a completely revised user interface which better guides users through their workflows and supports a more efficient way of working. Interaction with the Simulink development environment has also been improved. ConfigurationDesk 6.0 therefore makes it easier and more efficient to perform hardware-in-the-loop (HIL) and rapid control prototyping (RCP) tasks with SCALEXIO.

The revised ConfigurationDesk user interface provides context-oriented user guidance with a central navigation bar and dynamic ribbons. Task-specific view sets now show users the precise content and functionalities they need in the associated work step, keeping the number of open windows to a minimum and providing a better overview. The new user interface of ConfigurationDesk also introduces other enhancements, such as a revised Properties Browser with several new functions for filtering and grouping properties.

ConfigurationDesk is an intuitive, graphical configuration and implementation tool for dSPACE SCALEXIO hardware. The software makes it possible to connect behavior models, e.g., from MATLAB®/Simulink®/Simulink Coder™, with I/O functions, configure the SCALEXIO hardware, and control the entire process of generating real-time code. Optionally, it is possible to define and document external devices, such as ECUs and loads, including their signal properties (e.g., descriptions, electrical properties, failure simulation settings, load settings). ConfigurationDesk also provides different views of the configured system. For example, users can display the signal path between the ECU or load pins and the behavior model. In other view sets, the I/O functionality can be included directly in the model hierarchy and changes to interfaces can be propagated to the connected MATLAB/Simulink model. For more information, see:
www.dspace.de/go/configurationdesk_scalexio

SCALEXIO is a modular real-time system used for rapid control prototyping (RCP) and hardware-in-the-loop (HIL) testing. In these fields, SCALEXIO facilitates an especially precise and fast real-time computation of even large and complex models. Aside from the large number of I/O functionalities, SCALEXIO also supports various bus and network systems, such as CAN, CAN FD, LIN, FlexRay, and Ethernet. The I/O channels are specified with the central configuration software ConfigurationDesk. Using the dSPACE IOCNET technology makes it easy to extend the system and set up decentralized systems. SCALEXIO can also be connected to existing dSPACE real-time systems. For more information, see: www.dspace.de/go/scalexio

dSPACE develops and distributes integrated hardware and software tools for developing and testing electronic control units and mechatronic controls. The application areas for dSPACE systems are in the automotive industry, as well as in drives technology, aerospace, and other industrial sectors. The company's customer base includes virtually all major vehicle manufacturers and suppliers. With more than 1,400 employees worldwide, dSPACE is located in Paderborn, Germany; has three project centers in Germany; and serves customers through local dSPACE companies in the USA, the UK, France, Japan, and China.