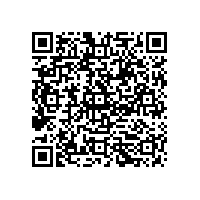 Subscribe to news
(PresseBox) ( Neustadt-Fernthal, 13-05-03 )
BOY was live on stage at the Hannovermesse 2013, the largest industrial fair worldwide, with 6550 exhibitors from 62 countries. Nearly 225,000 visitors attended the fair from all corners of the World. “Integrated Industry” was the theme for 2013 and visitors were treated to latest and most innovative technologies.

Keeping with the theme of the fair, BOY demonstrated an automated application with the BOY 55 E (550 kN clamping force) at its core. BOY was pleased to share the spotlight with the innovations group, Metal-Ceramic-Plastic (IMKK). The fully automated process produced highly transparent rulers. The manufactured parts were removed from the mold by an automated removal system. The sprue was separated from the main part and the finished parts were placed on a conveyor belt. The parts had barely cleared the cooling section of the conveyor before they found their way into the hands of the many visitors eager to hold the finished product.

“Throughout the entire five days of the fair our joint booth was very well attended. A machine that was actually producing at the fair was extremely well received. It set our booth ahead of others who were simply displaying their products. Many visitors commented that they were excited to see a full production system in action”, stated Harald Schmillen, the organizer of the BOY/IMKK partnership and Managing Director of SME. The IMKK, which was initiated by the Ministry for Economics of Rhineland-Palatinate, is an organization that promotes business networking and cooperation among companies in Northern Germany.

BOY remains a leading manufacturer of injection molding machines with clamping forces up to 900 kN. In addition to our successful Servo-Drive system, BOY showed off its latest and multi-patented innovation, The Procan ALPHA ® 2. As with modern communication devices such as “smart phones” and “E-Readers”, the operating functions of the Procan ALPHA ® 2 are now achieved by simply touching or “swiping” the display.

The main difference of the display, designed in the form of a BOY logo, is the previous Resistive Touch technology has been upgraded to Projective Capacitive Touch technology (PCT). PCT technology provides longer lasting functionality and reliability. Recalibration of the screen never required. The new Procan ALPHA ® 2 enhances the precision, dynamics, and ease of use that BOY control systems are famous for.

Dr. Boy GmbH & Co. KG is one of the leading worldwide manufacturers of injection molding machines with clamping forces up to 900 kN. The precision, compact design, and attractive cost/performance ratio distinguish the BOY product line from others. BOY continually sets new standards in our industry with innovative concepts and solutions.

Since the company was founded in 1968, over 40,000 injection-molding machines have been delivered worldwide. The privately owned company continues to put special emphasis on engineered performance and high-class "made in Germany" workmanship.

GrindTec 2020: The major meeting of the grinding technology industry starts on 10 November