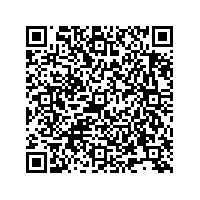 Recording The Unique Film Sound Of Les Miserables with DPA

Nominated for nine BAFTA Awards, including one for Sound, Les Miserables used an innovative technique that involved recording vocals live on set with the cast singing to a live piano accompaniment played to them through earpieces. The orchestra was recorded later in post-production, with the musicians taking their lead from the performances of the cast.

This break with tradition enabled the director Tom Hooper to create a truly emotive experience for audiences watching the film. Production Sound Mixer Simon Hayes, who was responsible for capturing the film's entire audio content, says it was a truly unique way of working and one that would not have been possible without exceptional microphones, in particular DPA 4071 lavalier microphones.

"When judging different lavaliers I had always considered the differences in sound between various brands of lavalier to be a matter of taste rather than a clear cut situation of one brand being superior," Hayes says. "That was until I listened to a DPA up against the competition. In my opinion the DPA is better, more open sounding, less chesty and sounds more like a boom mic than any other lavaliers I have heard."

Hayes had 50 DPA 4071 lavalier microphones at his disposal during the filming of Les Miserables, all of which were supplied by Richmond Films in conjunction with DPA's UK distributor Sound Network.

"Normally when I am recording a film I prioritise boom mics, especially if the scene is being shot with a single camera. But with Les Miserables, Tom wanted all the angles covered from all sides to capture the perfect performance. This meant we couldn't rely so heavily on the booms because the wider angle coverage would stop them getting close enough. Our solution was to come at the recording from a different angle and make lavalier microphones our priority."

Abbey Road engineers checked the sound quality of the DPA 4071 lavaliers to make sure they were the best choice for vocals. Hayes says they were impressed with the results.

"We tested various models and found the DPAs were clearly the best. In fact nothing else came close. The sound quality, frequency response and dynamic range were easily good enough to master and they were able to handle very high SPL levels from vocals without sounding harsh as they approach their maximum SPL. I have never heard a vocal make them square off, yet such is their dynamic range and sensitivity that they can faithfully reproduce even the smallest 'breathed' vocal."

With Abbey Road happy with his choice of lavalier, Simon Hayes' next task was finding a way of using them that gave the best sound but still allowed them to remain invisible to audiences.

"We collaborated with the costume designers to conceal cables within the clothes and to disguise microphones that were positioned on the outside of the costumes," he says. "DPA's mini concealers allowed us to mount them perfectly so they were virtually undetectable. This solved the problem of clothing rustle and, on the rare occasions when they were in shot, we were able to paint them out afterward using post production techniques."

Le Miserables took 15 weeks to shoot and an additional seven weeks were spent rehearsing with all the actors miked up so that the audio could be sent to Abbey Road for feedback. Simon Hayes says he is delighted with the sound and believes what was achieved wouldn't have been possible without the DPA lavaliers.

"They are the only lavaliers that could cope with what we were trying to do," he says. "Apart from their exceptional audio quality and dynamic range, they were also incredibly durable and gave us no problems, not even when we got them soaking wet during the scenes we shot in the rain. We simply swapped them around and dried them out with a hair drier before using them for the next take.

"Normally I record dialogue, not music, so this was a very different kind of project for me, but I absolutely loved it. Lots of people thought what we did wouldn't be possible, but we pulled it off and I am very proud of what we achieved."