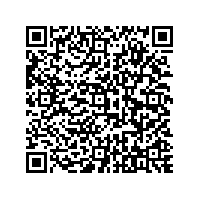 (PresseBox) ( Alleroed, Denmark, 13-04-15 )
Finnish string quartet Meta4 has invested in four DPA d:vote 4099 Instrument Microphones, which they are using to capture the sound of two violins, a viola and a cello.

Meta4's Atte Kilpeläinen says: "These are, without doubt, the best microphones we have ever tried. The finest thing about them is their ability to produce a very natural sound that truly reflects our performance."

Formed in 2001, Meta4 consists of Antti Tikkanen and Minna Pensola on violin, Atte Kilpeläinen on viola and Tomas Djupsjöbacka on cello. This internationally successful string quartet has won numerous accolades and awards including first prize in the 2004 International Shostakovich Quartet Competition in Moscow, where it was also awarded a special prize for best Shostakovich interpretation. The quartet enjoyed continued success in 2007, winning the first prize in the International Joseph Haydn Chamber Music Competition in Vienna. Later that year the Finnish Minister of Culture awarded Meta4 with the annual Finland Prize in recognition of an international breakthrough. Meta4 was also selected as a BBC New Generation Artist for 2008-2010.

Meta4 decided to upgrade its microphones after hearing very positive reviews from other musicians about the DPA d:vote 4099 Instrument Microphone range.

"We approached DPA's Finnish distributor Jyrki Makinen at Noretron Audio and arranged a demo," Kilpeläinen says. "Having tested the microphones ourselves and really liking the sound they delivered we decided to have a set of our own. We are using clips for the violins and violas and these are working well. It takes a bit of concentration to get them in place but once they are in the right position they work extremely well."

"Regardless of whether we were in Finland, Belgium or Spain - all of which are places we have performed recently - the sound engineers are always very happy with our DPA microphones," Kilpeläinen add. "Our next challenge is to use them in a rock or jazz venue - and we're really looking forward to that!"