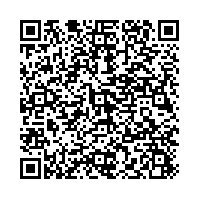 The integration comes at a time of increased use of Asterisk outside of the U.S. Language support includes Chinese, French, German, Italian, Portuguese, Spanish, Turkish and Russian, as well as many others. Used together, Loquendo VoxNauta and open source Asterisk can form the basis for custom solutions for both small and large-scale telephony deployments of speech technologies, including auto attendants, customer relationship management (CRM) applications, unified messaging and self-service applications.

"We are proud that Loquendo is now a Digium Technology Partner Program member," said Daniele Sereno, Loquendo vice president for product engineering. "Thanks to this agreement, Loquendo can now provide the Asterisk developer community with the full portfolio of Loquendo languages and voices, and a fully standards-compliant voice platform, VoxNauta, which runs straight out of the box. This allows them to focus on creating applications rather than on system integration, enriching their Asterisk experience."

Bill Miller, vice president of product management at Digium, commented: "The Asterisk community has always been strong worldwide and interest in use of the platform to create standards-based voice applications is particularly healthy right now. We're enthusiastic about Loquendo's work across numerous languages and industries and believe that their standards-orientation makes them a natural partner for Digium."

Loquendo VoxNauta includes Loquendo TTS, Loquendo ASR and Loquendo Speaker Verification. VoxNauta offers a voice over IP (VoIP) interface based on a software-only SIP/RTP protocol implementation, allowing simple integration with any IP network and protecting existing hardware investments. VoxNauta can be used as a simple IVR, but also integrates Loquendo's ASR and TTS technologies. It is a user-friendly yet powerful and fully scalable voice platform for developing speech-enabled applications that follow the VoiceXML 2.0 and 2.1, and CCXML 1.0 web-based architecture. VoxNauta's compliance with XML standards allows customers to leverage the strength of Web-based and standards-based approaches to intelligently control calls and develop voice dialog, manage prompts and create recognition grammars.

Loquendo VoxNauta software platform may be deployed on both Linux Red Hat Enterprise and Microsoft OS, and is compliant with the following standards: W3C CCXML 1.0, W3C VoiceXML 2.0 and VoiceXML 2.1, W3C SSML 1.0, W3C SRGS 1.0, and W3C SISR 1.0.

About Loquendo-Vocal Technology and Services

Loquendo TTS, Loquendo ASR and Loquendo Speaker Identification and Verification are high-quality, high-performance technologies which are also available on the Loquendo MRCP Server and VoiceXML and CCXML platform. Furthermore, Loquendo TTS and ASR are available as Loquendo Embedded Technologies for deploying speech applications in embedded and mobile environments.

Many enterprises and carriers worldwide have recognized the Loquendo difference and the company's advanced technologies power millions of calls every day in the telecommunications and enterprise markets across the globe.

Loquendo is a Telecom Italia company headquartered in Turin, Italy, with offices in the U.S., Spain, Germany and France, and a worldwide network of partners.

For more information about Loquendo, and to hear demos of all Loquendo voices, go to www.loquendo.com.

Digium®, Inc., the Asterisk® Company, created, owns and is the innovative force behind Asterisk, the most widely used open source telephony software. Since its founding in 1999, Digium has become the open source alternative to proprietary communication providers, with offerings that cost as much as 80 percent less. Digium offers Asterisk software free to the open source community and offers Asterisk Business Edition and Switchvox IP PBX software to power a broad family of products for small, medium and large businesses. The company's product line includes a wide range of hardware and software to enable resellers and customers to implement turnkey VoIP systems or to design their own custom telephony solutions. More information is available at http://www.digium.com.

The Digium logo, Digium, Asterisk, Asterisk Business Edition, AsteriskNOW, Asterisk Appliance and the Asterisk logo are trademarks of Digium, Inc. All other trademarks are property of their respective owners.