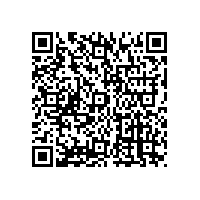 (PresseBox) ( Bern, 09-09-15 )
As of spring 2010, Geneva will be the first canton to introduce the electronic patient dossier in the form of a pilot test. Thanks to the new generation insurance card, doctors, hospitals, pharmacies and professionals providing care in the community will be electronically networked, enabling them to make data available to one another. Around 30,000 Geneva citizens living in a designated geographic area will have the opportunity to participate voluntarily in this pilot. Swiss Post will be acting as the general contractor and is investing in this new technology as an industrial partner. In this role, Swiss Post is able to use its competencies in security technology and parts of its infrastructure.

The electronic patient dossier is to be available to all residents of Switzerland by 2015, in accordance with the national e-health strategy. The dossier links documents and data required for the treatment of patients to a virtual patient dossier. By making it easier for specialists to access important information, patients can expect to receive better, safer treatment.

Canton Geneva has adopted a pioneering role in Switzerland and created the legal framework for the protection of patient data and the requirements for the cantonal pilot test on 14 November 2008. As a national company, Swiss Post was subsequently identified as the general contractor and was commissioned to develop the necessary infrastructure, networking doctors, hospitals, pharmacies and professionals providing care in the community. The signing of the cooperation agreement with Canton Geneva signalled the start of the implementation phase.

The pilot test is set to take place across Onex, Bernex, Confignon and Petit-Lancy. Canton Geneva and Swiss Post are hoping that several thousand volunteer patients from the area - which is home to around 30,000 people - will use the new service to improve access to their health data. The Geneva University Hospital will also be involved in the pilot. Clinics, doctors' practices and pharmacies in the region will also have the opportunity to take part. The infrastructure will be established over the coming months and implemented in the first quarter of 2010.

In accordance with the legal and technical requirements of the Confederation, the insurance cards have been upgraded with an electronic ID for the cantonal pilot tests and will serve as the key to accessing patient dossier data.

Information about Swiss Post's commitment in the healthcare market: www.post.ch/ehealth

Press release from the Canton of Geneva on the signing of the agreement: www.ge.ch/des