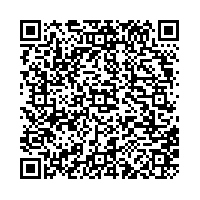 Investment strategy in Europe differs according to region

China’s investment strategy in the EU differs depending on the target country. With investment in Western Europe, the main motivation is gaining access to advanced technologies. There, a majority of Chinese capital is invested in M&A – specifically in the acquisition of hidden champions, world leaders in their respective market segments. Investment in Central and Eastern Europe, on the other hand, is more oriented toward new ventures; such investment is more about facilitating Chinese access to the EU's internal market.

These are the findings of a new study conducted by the German Institute for Economic Research (DIW Berlin), which also investigates the precise determinants of the two different types of investment.

Accordingly, the main factors that determine Chinese investment activities are the market size in the target country, and the intensity of bilateral trade between that country and China. When it comes to new ventures, unit labor costs, the size of the industrial sector, and the regulatory density have a negative impact on Chinese investment.

“Sound institutions, which are indicative of heavily regulated, highly competitive markets, tend to deter Chinese investors,” explains study author Christian Dreger, Research Director in the Department of International Economics at DIW Berlin. “Here, Chinese investors may have a different sense of risk from their Western counterparts, who are less reluctant to set up new ventures in highly competitive target regions.” In other respects, however, the determinants of Chinese direct investment differ very little from conventional patterns.

Chinese OFDI amounted to 145 billion USD in 2015, with the EU as the primary target region. In some EU countries, Chinese capital is welcomed – for example, in countries who consolidate their budgets through privatization or suffer from chronic investment weaknesses. Increasingly, however, the skepticism surrounding these investments is growing, and there have been calls for more reciprocity – that is, for European investors to have easier access to the Chinese market, where they currently face numerous restrictions. But the fact that Chinese investment strategies differ from country to country is making a coordinated EU-level response more difficult.

“Hindering Chinese companies’ acquisitions in specific technologies, or even blocking them, are unlikely to work,” says Dreger. “Rather, we need to aim at EU-China agreement that will make it easier for European companies to access the Chinese market, among other things”