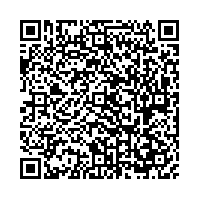 (PresseBox) ( Frankfurt/Main, 12-01-06 )
Interactive television combining television and online services on one (television) screen is growing dynamically to become a mass market. The percentage of hybrid flat-screen TVs, receivers and DVD-/Blu-ray-devices that are able to display a growing number of web applications in addition to broadcasting services, is constantly increasing. The publication "White Book Hybrid-TV" of Deutsche TV-Platform, which offers an overview of current developments in technology and market, is now also available in English. So does Deutsche TV-Plattform gives impetus for discussions among experts across national borders too.

Most people who buy a modern consumer electronics device will be surprised by the new and interesting extra features available. Flat screen TVs, digital receiver or DVD-/Blu-ray-player that are not only supplied with broadcast signals but also connected with the Web via a broadband LAN / WLAN produce a real eye-opening effect: Suddenly, the Videotext looks like a modern web page - but on the TV screen. Additional features such as weather forecast, video libraries and catch-up-services are available on the TV-screen at any time via remote control. And most device manufacturers offers their customers a full Media-portal with various "apps" - some even with free access to the world wide web.

In addition to "Hybrid-TV" and "Connected TV", Smart-TV has established a wording for the new interactive possibilities offered by digital television. On the way from the pioneer phase to a mass market, HbbTV (Hybrid broadcast broadband TV), standardized in mid- 2010, has in particular established - it is supported both by content providers and device producers. HbbTV is now implemented in almost all hybrid TV-devices. The standard especially allows the direct linking of the viewer to broadcasters' online services from the current TV program. Deutsche TV-Platform supports this trend since 2009 with a dedicated working group. The group participates in shaping the new development and educating both professionals and consumers.

The consumer brochure "Hybrid-TV" gives a comprehensive overview of the German market and is currently available in a third, updated version. At IFA 2011, Deutsche TV-Platform first published its "White Book Hybrid-TV" welcomed with large interest among experts. The "White Book" is now available in English version. Both publications can be obtained by interested parties at Deutsche TV-Platform.

In addition, a study carried out by Technische Universität Ilmenau about usability of HbbTV-services on behalf of the TV-Platform was presented at IFA 2011. The goal of the analysis is to configurate the broadcasters' "red button-services" as consumer-friendly as possible. The corresponding style guide publishes 18 guidelines in six different areas, to provide the best potential of Smart-TV for consumers

"The simple and intuitive use of interactive television is crucial for acceptance and success of Smart-TV," said Jürgen Sewczyk, Member of the Management Board of Deutsche TV-Platform and head of the relevant working group. He announced, for the Platform that it would continue its educational work via publications and events, and also further support the optimized usability of hybrid services in 2012.

The website www.tv-plattform.de offers both the "White Book Hybrid-TV" in two language versions and the style guide HbbTV Red Button as professional publications as well as the latest consumer brochure "Hybrid-TV" of Deutsche TV-Platform. The web page also gives additional information - such as about working groups and material about interesting events such as the workshop "From smartphone to Smart-TV: Apps conquer the TV screen."

The German TV Platform (Deutsche TV-Plattform) is an association of commercial and public service broadcasters, device manufacturers, network operators, service and technology providers, research institutes and universities, state and federal authorities, and other companies, associations, and institutions concerned with digital media. For nearly 25 years it has been the goal of this non-profit organization to establish digital technologies in television broadcasting, based on open standards. In our Working Groups representatives from nearly every field in the consumer electronics and media industry are committed to set the course on key issues of digital broadcasting.