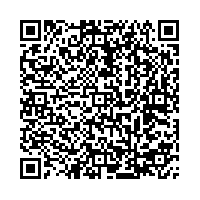 Tim Höttges: "We take the tried and true, and we improve it! We venture into new fields. We deliver on our promises. The result? We are growing." / Dividend to increase to 60 eurocents per share / Group continues growing in fiscal 2016, notching up succes

(PresseBox) ( Bonn, 17-05-31 )
For Tim Höttges, CEO of Deutsche Telekom, the convictions that drive the Group's actions are the leitmotif of this year's shareholders' meeting. Speaking in the Lanxess Arena in Cologne, Höttges stated that its convictions helped the company not only to improve the tried and true, but also to venture into new fields, thus ensuring that Deutsche Telekom would continue to grow going forward.

Höttges also said that Deutsche Telekom was already Europe's highest-value company in the industry and that it was truly "the original". According to him, Deutsche Telekom was making good on its claim of being Europe's leading telecommunications company, boasting leadership in network quality in all its markets, for instance, as well as in customer service. Höttges also said that the success of T-Mobile US meant that there was already a "strong bridge over the Atlantic," supported at either end by "sturdy pillars in Europe and the U.S."

In view of the Group's success in implementing its strategy in the 2016 financial year, the Board of Management and the Supervisory Board proposed to shareholders a further increase in the dividend to 60 eurocents per dividend-bearing share. "Growth at Deutsche Telekom means that the dividend should also grow," said Höttges, "in line with free cash flow. We propose to pay out 60 cents per share. 20 percent more than two years ago."

Höttges described the company's success in the past financial year, with revenue growth of 5.6 percent, an increase of 7.6 percent in adjusted EBITDA, and free cash flow up 8.6 percent. He also confirmed both the full-year forecast for the current financial year and the medium-term financial targets.

Höttges added that digitization was not "an option for tomorrow," but "a must for today." Germany's "title as world export champion" was at stake, he said, which was why Deutsche Telekom was helping the country's strong SME sector to go digital and build "the global network for Industry 4.0." Höttges also highlighted the expansion of the Group's secure data center in Biere and the creation of its T-Sec unit: "Do you know any other company apart from Deutsche Telekom that is so obviously concerned with Internet security? We have a whole separate unit for this. With 1,200 colleagues. And, at our development center in Israel, we research into ever-better defense mechanisms."

Höttges also noted that the Group's convictions applied to more than just its business operations. "Reliability is a virtue in itself, not just when it comes to figures," he said, stressing the significance of digital responsibility. "We won't benefit from the opportunities offered by digitization if we ignore the risks. For example, that people will lose their jobs. Because intelligent machines and computers will be handling more work in future. We are therefore making sure our people are fit for the digital future. We train them. We develop their skills."

Höttges also emphasized the company's convictions when it came to Europe, stating that Deutsche Telekom stood by, and for, Europe. "Europe is our foundation. Without the conviction that Europe will work, nothing will work in our company. Our brand promise ‘Life is for sharing’ stands for precisely this. It is consistent with the European idea. Your Deutsche Telekom does not stand for hatred and isolation. It stands for sharing and solidarity."

In his speech, the CEO underscored the progress the Group had made in all its areas of operation. Referring to the strategic focus on integrated IP networks, he explained: "We are not cherry-picking. We establish high-speed networks in the cities as well as in the country. However, we do not invest indiscriminately. We work efficiently. That is why we use a mix of innovative technologies. Optical fiber. Vectoring. Mobile communications. Combined smartly." He also added: "And that is why no-one invests as much as Deutsche Telekom. 11 billion euros in 2016. Around 5 billion euros of it in Germany alone. And this year, we will be investing 1 billion more worldwide. 12 billion all told."

Höttges announced that the broadband build-out would continue. Within the next two years, 80 percent of all households would have access to a guaranteed 50 megabits per second, with the majority enjoying even higher speeds, up to a maximum of 250 megabits per second. And, of course, the number of households supplied directly with optical fiber would be increasing. Höttges also announced a fiber-optics initiative for business parks in Germany. "Eighty percent of all business enterprises in Germany are located in 3,000 business parks. Plans are already underway for the first 100 and we have our sights on the next 200. We will be rolling the technology out to them by the year 2020. Deutsche Telekom is digitizing Germany."

Referring to the company's goal of best customer experience, Höttges commented on customer service: "Our strategy is to get better step by step. Last year, I told you we would have more service appointments on Saturdays in future. Since then, 20 percent more service engineers work Saturdays. And they handle more service orders. An increase of 25 percent." Höttges also made specific pledges for the future: "Customers are annoyed when appointments with our service engineers come to nothing. As of 2018, this should no longer happen. Our goal is to keep every appointment. Deutsche Telekom will be there!"

Höttges also talked about the growth in value of the company's portfolio of shareholdings: "We are very successful at this in the United States. With T-Mobile US we are scooping up all the new customers in the market. Eight million in 2016. We invest boldly. First and foremost in networks and spectrum. We invest where it is worth our while. The conditions in the United States are right. The regulatory situation, too. And so the value of our shareholding, converted to euros, has increased fivefold since 2013. It is now worth 32 billion euros. So we have taken the right decisions. We have opted for return."

In summing up, the CEO appealed to the company's shareholders: "At the bottom line we can say: standing by our convictions pays off. They help us keep on track. They help us improve the tried and true. They help us venture into new fields. And so they ensure that your capital generates return.” He concluded by saying that Deutsche Telekom was constantly reinventing the telecommunications business, and that thus the company was truly "the original."

This media information contains forward-looking statements that reflect the current views of Deutsche Telekom management with respect to future events. These forward-looking statements include statements with regard to the expected development of revenue, earnings, profits from operations, depreciation and amortization, cash flows, and personnel-related measures. They should therefore be considered with caution. Such statements are subject to risks and uncertainties, most of which are difficult to predict and are generally beyond Deutsche Telekom's control. Among the factors that might influence Deutsche Telekom's ability to achieve its objectives are the progress of its staff restructuring initiatives and other cost-saving measures, and the impact of other significant strategic, labor, or business initiatives, including acquisitions, dispositions, business combinations, and network upgrade and build-out initiatives. In addition, stronger than expected competition, technological change, legal proceedings, and regulatory developments, among other factors, may have a material adverse effect on cost and revenue development. Further, an economic downturn in the markets, and changes in interest and currency exchange rates, may also have an impact on Deutsche Telekom's business development and the availability of financing on favorable conditions. Changes to Deutsche Telekom's expectations concerning future cash flows may lead to impairment write downs of assets carried at historical cost, which may materially affect the results at the Group and operating segment levels. If these or other risks and uncertainties materialize, or if the assumptions underlying any of these statements prove incorrect, the actual performance may materially differ from the performance expressed or implied by forward-looking statements. There is no assurance that the estimates or expectations will be achieved. Without prejudice to existing obligations under capital market law, Deutsche Telekom does not assume any obligation to update forward-looking statements to take new information or future events into account or otherwise.