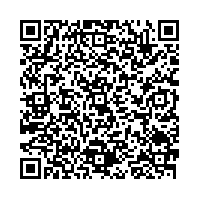 Subscribe to news
(PresseBox) ( Bonn, 13-05-27 )
.
- New technology enables applications to run on any device, converging their interfaces into one fluid experience over the cloud
- Amsterdam based startup is the fifth team to get hub:raum support

Vigour, formerly known as Brisk.io, is the fifth startup supported by hub:raum. The three founders convinced with their innovative technology. "We developed a platform that enables applications to run on any device, converging their interfaces into one fluid experience over the cloud. Using that technology, we are creating revolutionary products and user experiences", explains Ramon Duivenvoorden, CEO of Vigour. "With Vigour Video we launch our first product as a white-labelled template for media companies that want to give their viewers the ability to seamlessly connect different devices into a unified video experience." Vigour Video enables a novel distribution model for online content providers.

"We have seen the team of Vigour at the closing event of Startup Bootcamp in Berlin. They convinced us straigtaway and we decided to offer them support by hub:raum", says Peter Borchers, founder and head of hub:raum. Together with Linden Mobile Ventures, a technology investor from the Netherlands and a smaller participation of DG-i, a technology company from Köln, hub:raum now leads this seed investment round of €500k.

Vigour was founded in the summer of 2012 by Jim de Beer, Marcus Besjes and Ramon Duivenvoorden. While Jim and Marcus are the technical heart of Brisk, Ramon is CEO and takes the lead in building the business. Beginning of 2013 Leo Schmidt, previously mentor of Vigour, got infected with the Vigour virus and joined the team, bringing his extensive consulting and corporate experience to the table. Youri Daamen completes the team with a strong talent for design and front-end development. The five members of Vigour are based partly in Berlin and in Amsterdam.

An explanation video and the complete press kit can be downloaded at: www.vigour.io

Deutsche Telekom is one of the world's leading integrated telecommunications companies with more than 132 million mobile customers, over 32 million fixed-network lines and 17 million broadband lines (as of December 31, 2012). The Group provides products and services for the fixed network, mobile communications, the Internet and IPTV for consumers, and ICT solutions for business customers and corporate customers. Deutsche Telekom is present in around 50 countries and has 230,000 employees worldwide. The Group generated revenues of EUR 58.2 billion in the 2012 financial year - more than half of it outside Germany (as of December 31, 2012).