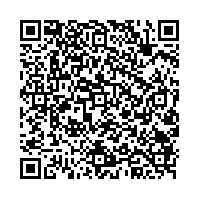 Deutsche Post World Net, the world's leading provider of logistics services, reported full-year underlying EBIT, or earnings before interest and tax excluding non-recurring effects, of 2.41 billion euros, fully meeting its latest target. Including onetime writedowns and charges, the Group posted a full-year 2008 EBIT loss of 567 million euros compared with an EBIT of 2.1 billion euros in 2007. "2009 will be a year of hardship for the entire logistics industry," said Chief Executive Officer Frank Appel. "Just as we successfully tackled the main legacy issues last year, our focus now will be on costs and cash generation to help us through the difficult times ahead."

Given the unprecedented decline in volumes and the unpredictable economic outlook, the Group will refrain from giving a firm outlook for the year, Appel said. The sharp reductions in demand experienced in the fourth quarter deepened so far in the first quarter of 2009, impacting all regions and most industry sectors. "We expect that this level of volume decline will continue throughout the first half of the year if not longer," Appel said. Against this background, the company will propose to the Annual Shareholders' Meeting a 2008 dividend payout of 60 euro cents per share.

The Group reported a net loss after minorities of 1.69 billion euros for 2008 compared with a profit of 1.38 billion euros a year earlier. Charges for restructuring the U.S. Express division, non-cash writedowns in SUPPLY CHAIN/CIS and losses at the Postbank unit burdened the result, while the repayment from the German government in connection with EU state aid proceedings had a positive effect. Earnings per share amounted to minus 1.40 euros compared with 1.15 euros a year earlier. Full-year revenue gained 0.8 percent to 54.47 billion euros. The Group's revenue and EBIT figures are reported without Postbank, which is accounted for as discontinued operations.

Deutsche Post World Net in November announced a plan to save at least 1 billion euros by the end of 2010 by cutting non-operating costs, improving structures and processes, and removing unnecessary bureaucracy at corporate center and the Divisions.

Helped by its high-quality offerings and flexible prices, Deutsche Post was able to slightly raise its market share in the first year with a fully liberalized German mail market, despite shrinking overall volumes. The Group now holds 87.7 percent of its home mail market compared with 87.2 percent a year earlier. With 14.39 billion euros, revenue at the MAIL Corporate Division almost matched the high year-earlier level of 14.57 billion euros. MAIL EBIT rose to 2.25 billion euros from 1.98 billion euros. Excluding the 572 million euro nonrecurring gain from the repayment of the German government, EBIT at the division declined 14.9 percent due to higher transportation and labor costs, a provision for VAT and, to a lesser extent, the overall market decline.

Revenue in the EXPRESS Corporate Division declined 1.7 percent to 13.6 billion euros last year, held back by currency effects. Measured in local currencies, organic revenue rose 2.4 percent. Outside the U.S., Express revenue gained 3.9 percent helped by higher fuel surcharges. In Europe, revenue remained stable at 6.6 billion euros, with the new EU countries, France and Scandinavia contributing with a strong organic development. Volumes at its Time Definite International product group dropped 3.2 percent due to the weakening economic development. In the Americas region, revenue declined 14.5 percent to 3.6 billion euros. While organic revenue in Latin America showed double-digit percentage growth, revenue in the U.S. was burdened by the economic crisis as well as DHL's decision to exit the domestic express market. As a result, organic revenue in the U.S. declined 13.4 percent. Revenues in the Asia Pacific and EEMEA (Eastern Europe, Middle East and Africa) regions kept growing, with 6.6 percent and 15.2 percent, respectively.

The Group generated new Supply Chain business worth an annualized 1.1 billion euros in 2008, with more than 90 percent of the existing contracts being renewed. The CIS business, which offers customers tailor-made digital and print solutions, kept its revenue on the year-earlier level of 1.2 billion euros, despite volume declines in marketing solutions and document management.

The division posted a loss of 675 million euros before interest and taxes compared with a profit of 577 million euros the year earlier. The loss is mainly the result of restructuring costs of 124 million euros, charges of 382 million euros to write down the Exel brand as well as impairment charges totaling 610 million euros. Organic EBIT at the Corporate Division SUPPLY CHAIN / CIS declined 5.5 percent, with EBIT at Supply Chain growing 5.7 percent.

Deutsche Post World Net in September agreed to sell a minority holding in Deutsche Postbank to Deutsche Bank AG. As a result, Postbank has been accounted for as discontinued operations starting in the third quarter 2008. The other element of the former FINANCIAL SERVICES Corporate Division, the pension service, has been moved to the MAIL Corporate Division. Postbank reported annual earnings on Feb. 19.

The sharp volume declines experienced in the fourth quarter of 2008 have continued and even steepened so far into the first quarter of the year in most of the Group's businesses. The MAIL Corporate Division is currently experiencing reductions in demand particularly for direct marketing products as customers reduce their advertising budgets. In addition, earnings are burdened by the full effect of last year's wage agreement, which given the high proportion of labor cost has an adverse effect on profitability. In EXPRESS, volume declines continued in all regions, with time-definite products more exposed than lowerprice products. In GLOBAL FORWARDING / FREIGHT volume declines also increased so far in the first quarter, however more so in Airfreight than in Oceanfreight. The weakness in volumes is, as expected, being partially offset by slightly improved gross margins and substantial cost measures. In the Corporate Division SUPPLY CHAIN / CIS, performance is sound in most sectors with the exception of automotive and technology.

Given the unprecedented decline in volumes and the unpredictable economic outlook, the Group doesn't believe it is possible to provide a firm outlook for the year. Based on early indications, the management board now expects some decline in 2009 underlying earnings compared with 2008, however with a significant improvement in reported earnings.