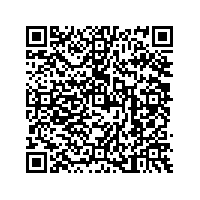 (PresseBox) ( Bonn, 09-02-26 )
The Supervisory Board of Deutsche Post World Net today appointed Ken Allen to the Management Board of the world's largest logistics company and Chief Executive Officer of DHL Express, effective Feb. 26. Allen, 53, succeeds John Mullen, whose resignation today was regretfully accepted by the Supervisory Board.

Allen has held different positions within the Group, most recently as CEO of DHL Express USA where he was in charge of the day-to-day implementation of the U.S. Express restructuring program. The British native has a long track record of successful business turnaround situations at DHL. Before taking on the U.S. role last year, Allen was CEO of DHL Express EEMEA, where he doubled revenue growth and margin within two years. Before that, he ran DHL Express Canada and was also working for the company in various functions in Asia Pacific.

Mullen, 53, has worked with the Group since 1994, joining DHL Express full-time in 2002 when he assumed the position as CEO in the Asia Pacific region. Under Mullen's leadership as Global CEO, DHL Express came together as a single division for the first time and margins at the business outside the U.S. nearly doubled. While the business in the U.S. remained a stubborn challenge, Mullen and his team led the recent restructuring process that culminated in the closure of the U.S. domestic Express business on Jan. 30 this year. Mullen's decision to resign came as he has experienced a few health challenges in recent months and this, together with the constant travel demands and pressure of his role, led him to the decision that this would be an appropriate time for him to step down from his current position. However, Mullen will remain available to the company for as long as is required to ensure a smooth transition and will act as a Senior Advisor to Group Chief Executive Officer Frank Appel for a further period of time.

"I wish to thank John for his contribution over 15 years and wish him well in his future endeavors. I also would like to wish Ken all the best for his new position," Appel said.

Its integrated Deutsche Post, DHL and Postbank companies offer tailored, customerfocused solutions for the management and transport of goods, information and payments through a global network combined with local expertise. Deutsche Post World Net is also the leading provider of Dialog Marketing services, with a unique portfolio of efficient outsourcing and system solutions for the mail business. The Group generated revenue of more than 54 billion euros in 2008. With currently more than 500,000 employees in more than 220 countries and territories Deutsche Post World Net is one of the biggest employers worldwide.