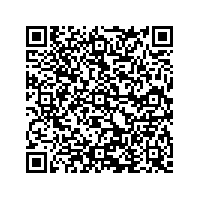 Deutsche Post World Net started the year of 2008 with solid performance in the first quarter: Underlying EBIT rose 6.4 percent to around 1 billion euros, meeting the Group's own targets. That was despite the fact that the quarter had two working days less than the year-earlier period. Reported EBIT declined 14.7 percent to 851 million euros due to non-recurring expenses at Deutsche Postbank tied to the crisis on the financial markets. Revenue totaled 15.7 billion euros, up 1.8 percent from the year-earlier period, excluding negative currency effects the increase was around 6 percent. "Given the working day effect and the faltering U.S. economy, business was very satisfactory in the first quarter," Chief Financial Officer John Allan said. "Both the EXPRESS and the LOGISTICS businesses grew organically and we made good progress in our Roadmap to Value capital markets program." The Group reiterated its full-year earnings forecast.

The Group reached several milestones on its way to creating more value for investors in the first quarter:

In order to raise profitability, measures amounting to 70 million euros were introduced in the first quarter alone, particularly in the EXPRESS and LOGISTICS divisions. All in all, Deutsche Post World Net has identified more than 100 initiatives aimed at underpinning EBIT growth by 1 billion euros by the end of 2009.

In its strive to relentlessly focus on underperforming businesses, the Group is currently finalizing its plan to substantially improve the performance of its EXPRESS Americas business. The supervisory board is scheduled to meet on the matter on May 28.

In terms of cash generation, it is already clear today that Deutsche Post World Net will exceed its goal of generating at least 1 billion euros from real-estate sales by the end of 2009. In addition to real-estate sales totaling 350 million euros that were agreed on in November, the Group announced a month ago that it was selling about 1,300 properties for 1 billion euros to the U.S. investor Lone Star. Efforts to reduce working capital are producing initial positive results as well. In the first quarter, this key figure improved by 30 million euros.

In the context of its transparency initiative, Deutsche Post World Net has unbundled its SERVICES segment and reported its first-quarter figures reflecting the new structure. In addition, the Group is reporting cash flow and capex by segments for the first time as well as publishing volume figures for the EXPRESS business.

The Group has been making good progress in its focus on organic growth, which is underlined by the fact that DHL managed to outgrow the market in all high-growth regions in the first quarter. In addition, the company's Global Customer Services business, which comprises the Group's around 100 biggest customers, grew 8.9 percent in the period.

The German postal market was fully liberalized at the start of this year. The effects of the complete opening have been limited so far: Deutsche Post has maintained its position with major key account customers and has gained more new customers than it has lost. The 3.9 percent decline in revenue in the Mail Communication segment can be attributed both to intensified competition and to the increasing use of electronic forms of communication. Quarterly revenue in the Dialogue Marketing segment fell by 2.7 percent despite higher volumes of unaddressed advertising mail. Revenue in the Press Services segment also declined by 3.3 percent as a result of the shrinking advertising business.

The EXPRESS division posted healthy growth in all regions except for the United States. Revenue in the EXPRESS division increased by 1 percent to 3.4 billion euros in the first three months of the year, including a negative currency effect of 225 million euros as the division generated more than half of its revenue outside the euro zone. Organic growth in local currencies amounted to 6.5 percent, with demand for the Time Definite International and Day Definite Domestic products increasing, in particular. Volumes of those products increased 2.5 percent and 7.4 percent respectively. EBIT in the EXPRESS division fell by 32 percent to 21 million euros. The two major reasons for this decline were the fewer working days, which in particular had an effect on the European business, and the economic development in the United States.

Revenue in Europe rose by 4.4 percent, driven largely by the Central European region including Poland, Hungary and Romania as well as France and the Benelux countries. Exchange-rate effects caused revenue in the Americas region to decline by 10 percent. In local currency terms, the region recorded organic revenue growth of 2.2 percent. In addition to growing volumes in Latin America, growth in the Day Definite area as well as the international business in the United States contributed to this result. Revenue in the Asia Pacific region rose 6.3 percent, while the EEMEA region (Eastern Europe, Middle East and Africa) recorded even stronger growth of 13.4 percent. Excluding the currency effects, growth in both regions would have been even faster.

In spite of negative currency effects, revenue in the DHL Global Forwarding segment rose by 7.4 percent. Air-freight volumes outgrew the market with a rate of 6.6 percent. Business in Europe, the Middle East and Africa developed particularly favorably. The division also posted above-market growth in the ocean-freight segment, which raised revenue by 10.9 percent. Negative exchange-rate effects led to a 4.2 percent decline in revenue at the DHL Exel Supply Chain segment. Organic revenue growth at the business reached 3.7 percent. The positive trend of the previous quarter continued, with the segment generating new business worth an annualized 250 million euros. In addition, 90 percent of expiring contracts were renewed. Revenue in the DHL Freight segment rose slightly by 0.9 percent, with business in the Benelux countries, Eastern Europe and Germany developing particularly well.

In March, the LOGISTICS division was divided into the two operative units: Supply Chain and Corporate Information Solutions headed by Bruce Edwards and Global Forwarding and Freight led by Hermann Ude. The new structure takes into account the growing business volumes and the two different business models and will be reflected in the Group's first-half report.

The SERVICES segment has been unbundled and the reporting structure adjusted accordingly. The costs of Global Business Services are charged to the operational units and the retail outlets were transferred to the MAIL division at the start of the year. EBIT improved to minus 132 million euros compared with minus 137 million euros a year earlier.

Deutsche Post World Net is aware of the uncertainties in the world economic development. Even so, at this point in time, the Group has no reason to change its full-year earnings forecast of around 4.2 billion euros in EBIT before non-recurring effects and around 3.2 billion euros in pretax profit.

The guidance of around 4.7 billion euros in EBIT before non-recurring effects for 2009 has also been reaffirmed.