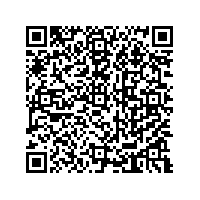 Subscribe to news
(PresseBox) ( Bonn, 09-02-25 )
Deutsche Post World Net and Deutsche Bank AG today completed the transaction regarding the sale of shares in Deutsche Postbank AG as agreed on Jan.14, 2009 as planned. In accordance with the agreement, the volume of the initial two tranches totals 3.8 billion euros. However, due to certain hedging arrangements that have been put into place, Deutsche Post already received a further 1.1 billion euros in cash with today's closing, in addition to the 3.1 billion euros that have been received in January. The cash value of the transaction remains unchanged at 4.9 billion euros.

The acquisition of the 50 million Postbank shares, totaling a 22.9 percent stake, as part of the first tranche will be carried out with the entry into the Commercial Register of the noncash capital increase of 50 million Deutsche Bank shares to the benefit of Deutsche Post.

With the entry of the capital increase, Deutsche Post will hold a stake of about 8 percent in Deutsche Bank. As planned, these shares are partially covered by hedging mechanisms. Beginning at the end of April, the Group may dispose of half of these shares. The other half may be sold beginning in mid-June. Mechanisms to avoid possible market disturbances have been agreed upon for the sale.

As part of the above mentioned transaction, Deutsche Bank has subscribed 100 percent of a mandatory exchangeable bond issued by Deutsche Post that will be exchanged against 60 million Postbank shares, or 27.4 percent stake, after three years, including accrued interest payments.

Its integrated Deutsche Post, DHL and Postbank companies offer tailored, customerfocused solutions for the management and transport of goods, information and payments through a global network combined with local expertise. Deutsche Post World Net is also the leading provider of Dialog Marketing services, with a unique portfolio of efficient outsourcing and system solutions for the mail business. The Group generated revenue of more than 63 billion euros in 2007. With some 500,000 employees in more than 220 countries and territories Deutsche Post World Net is one of the biggest employers worldwide.