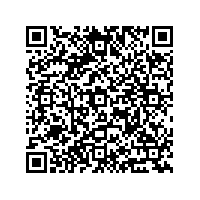 DHL, the world's leading express and logistics company, has signed a Memorandum of Understanding (MOU) under the framework of its humanitarian partnership with UN/OCHA (United Nations Office for the Coordination of Humanitarian Affairs) to provide assistance from DHL's Disaster Response Team (DRT) Asia Pacific in Myanmar.

"In the aftermath of a disaster, the initial surge of inflowing aid and supplies sometimes results in delays due to the sheer volume of aid flowing in. DHL's Disaster Response Team has been on active standby since news of Cyclone Nargis broke. Our team is on the ground and ready for deployment," said Chris Weeks, DHL's Humanitarian Affairs Director who arrived in Myanmar on 14 May to undertake preparations.

Under the terms of the MOU, DHL's Disaster Response Team will manage the common humanitarian warehouse identified by the UN, for three weeks. The facility is a 3,050 square meter warehouse located twenty five minutes from the Yangon airport, south-west of the city. It will be a central consolidation point for supplies directed through various Non-Governmental Organizations (NGOs) in Myanmar to enable the efficient organization and management of goods to the intended destinations for the benefit of communities affected by Cyclone Nargis.

"Time is truly critical. In these urgent situations, we are committed to making a difference and contributing the best way we know how - by helping resolve logistical bottlenecks and ensuring aid gets to people in distress as swiftly as possible," said Dan McHugh, CEO, DHL Express - Asia Pacific.

It is of utmost priority to distribute aid and supplies as urgently as possible in Myanmar. The DHL Disaster Response Team will provide expert technical expertise and equipment to manage the common humanitarian warehouse. This includes receiving and sorting cargo so that it can be re-loaded onto trucks or aircraft and be distributed quickly.

"The team's efforts will be an important asset for the international humanitarian relief operation to get aid to the affected populations," said Isabelle de Muyser-Boucher, Chief of the Logistics Support Unit of UN/OCHA.

DHL's immediate tasks for the common humanitarian warehouse include engaging local workers for assistance, setting up communications for the site, and restoring power at the facility so that staff can work through the night in shifts to distribute aid as swiftly as possible.

Prior to its deployment in Myanmar, DHL's Disaster Response Team has also been deployed in the wake of the May 2006 earthquake in Jogyakarta and Central Java which left scores dead, injured and homeless. Several months later, in December, the team again provided assistance when Typhoon Reming affected the Bicol region in the Philippines.

Worldwide, DHL set up three Disaster Response Teams which are composed of volunteers who are experts in the areas of goods handling, warehouse management, inventory and customs. They are strategically placed in Singapore, Dubai and Miami to cover regions which are mostly impacted by natural disasters.

DHL's assistance in Myanmar comes on the back of its contribution to the earthquake relief efforts in the Wenchuan County of southwest China's Sichuan Province. The company pledged a donation of up to RMB 1 million (approximately ?93,000) from its three business units in China, namely DHL-Sinotrans, DHL Global Forwarding and DHL Exel Supply Chain. Apart from the corporate initiatives, DHL's employees across China are also taking actions to help with disaster relief.