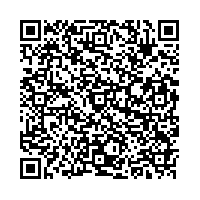 Deutsche Post DHL, the world's leading logistics provider, succeeded in cushioning the effects of the global economic crisis through its comprehensive cost-cutting program and stabilized earnings in the second quarter. Before non-recurring effects, all corporate divisions were profitable in the second quarter with DHL and Deutsche Post contributing nearly equal amounts to operating earnings. The Group reported underlying EBIT, or earnings before interest and taxes excluding nonrecurring effects, of 257 million euros in the second quarter of 2009, helped by costreduction efforts which showed positive effects mainly in the EXPRESS Corporate Division. Compared with last year, earnings fell 37.8 percent as a result of the global economic crisis. Revenue decreased by 17.7 percent to 11.1 billion euros in the second quarter. Reported EBIT on the Group level also decreased from 366 million euros in the previous year to 109 million euros. The Group has based its planning for 2009 on a scenario that does not foresee a significant improvement in global trade in the coming months. Taking that into account, Deutsche Post DHL expects underlying EBIT to reach 1.2 billion euros for the full year 2009.

"Our first-half figures prove that our vigorous cost-cutting efforts are having a tangible impact throughout the Group and we cannot let up now," said Frank Appel, Chief Executive Officer of Deutsche Post DHL, at the Group's half-year press conference in Bonn. "We're successfully navigating through the crisis. What's crucial is that we have not only taken short-term steps but are also sustainably strengthening both pillars of the Group - mail and logistics - as part of our Strategy 2015. This is all the more important as we still don't have a clear view of the further economic development. Though economic conditions haven't worsened - with new business bustling and our strong market position in Asia - we are not yet seeing any substantial improvement."

Overall, the savings generated in the first half of the year by the cost-cutting program IndEx totaled an annualized 413 million euros. Since the start of the program, total annualized savings have amounted to 552 million euros. As a result, the Group is confident that it will reach its goal of saving 1 billion euros in indirect costs already in the second quarter of 2010. The Group's original goal was by the end of 2010.

Net income and cash flow in the second quarter

As part of its Strategy 2015, the MAIL Corporate Division has introduced a comprehensive program to make the business fit for the future. The program aims at reducing costs in a sustainable way and broadening the services portfolio to include products such as the "Letter on the Internet", which meet customers' needs in the future. In the first half alone, the MAIL division reduced costs by 180 million euros, with the total EBIT effect expected to amount to around 300 million euros this year.

The EXPRESS Corporate Division was able to reduce costs faster than planned, with the result that lower volumes were largely offset. With 65 million euros, underlying EBIT in the second quarter almost matched the level of the previous year, when underlying EBIT amounted to 66 million euros. Revenue at the division declined 28.6 percent to 2.51 billion euros.

In terms of cost cutting, further progress was made mainly in the United States. Here, the Group is confident that despite the economic crisis, it will be able to reduce losses on an annual basis to below $400 million in the fourth quarter of 2009.

Still, an overall declining demand, particularly in the technology and engineering sectors, as well as lower freight rates and fuel surcharges prompted a decline in earnings and revenue in the second quarter. Underlying EBIT amounted to 79 million euros compared with 103 million euros a year earlier. Revenue fell 27 percent to 2.57 billion euros.

In contract logistics, Deutsche Post DHL continued to add contracts with a total volume of around 250 million euros in the second quarter, despite the weak business climate. The contract renewal rate remained around 90 percent. The bankruptcy filing of the department-store and mail-order group Arcandor had a negative impact during the second quarter. As a result, assets were reduced by 13 million euros. In addition, the Arcandor insolvency led to bad debt losses of 12 million euros.

In the second quarter, underlying EBIT in the SUPPLY CHAIN Corporate Division amounted to 16 million euros compared with 64 million euros in the previous year as a result of the unexpected impact of the Arcandor insolvency. Revenue fell by 8.8 percent to 3.06 billion euros.

Business development in the second quarter confirms our view, expressed after the first quarter, that in percentage terms volume declines may have seen the bottom. Still, the Group doesn't expect a substantial recovery in world trade in coming months. This scenario includes continued risks to individual customers and industries, be it insolvencies or extended factory closures. In all our divisions cost-cutting initiatives are being executed, which are by now successfully taking hold. Taking these factors into account, Deutsche Post DHL expects to reach full-year underlying Group EBIT of 1.2 billion euros. The positive effects resulting from the Postbank transaction should lead to a return to a positive net income, a significant improvement compared with 2008.

The Deutsche Post and DHL corporate brands offer a one-of-a-kind portfolio of logistics (DHL) and communications (Deutsche Post) services. The Group provides its customers with both easy to use standardized products as well as innovative and tailored solutions ranging from dialog marketing to industrial supply chains. Over 500,000 employees in more than 220 countries and territories form a global network focused on service, quality and sustainability. With programs in the areas of climate protection, disaster relief and education, the Group is committed to social responsibility. In 2008, Deutsche Post DHL revenues exceeded € 54 billion.

The postal service for Germany. The logistics company for the world.