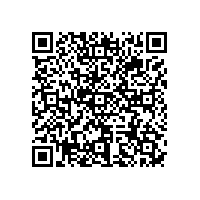 The EU's involvement spans nearly all of the topics covered at this year's HANNOVER MESSE. EU officials are also serving as patrons for the Smart Grids and Global Business & Markets display areas.

On 8 April, Tajani opens the foreign trade platform Global Business & Markets. On 9 April, Oettinger delivers a speech on the European energy transition for the 10th Lower Saxony Foreign Trade Day and provides information on smart European networks at the Smart Grids Forum. Then, in Metropolitan Solutions, he presents a European program for sustainable cities that he has brought out. Geoghegan-Quinn is coming to Hannover as representative of the current EU Council Presidency. She is presenting the new EU research framework program Horizon 2020 at the MobiliTec Forum on 11 April. In doing so, she will especially delve into mobility, energy and environmental issues. As of 2014, Horizon 2020 will replace the existing 7th EU framework program for research and consolidate all European Commission programs supporting research and development by 2020, with a budget of about € 80 billion.

The European Space Expo is a high point of this year's EU involvement. The European Commission is presenting the key components of the European Space program under a futuristic outdoor dome on several hundred square meters around the "Expo cube". The exhibit shows the areas that the EU satellite navigation programs Galileo and GMES have made possible. There are estimates that more than 30,000 applications have been based on space technologies. They include vehicle navigation, the management of traffic networks, search and rescue services, secure bank transactions and the supply of electric power. The European space industry generates € 5.4 billion a year and employs more than 31,000 highly qualified workers.

About HANNOVER MESSE (the Hannover Fair)