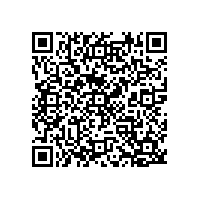 Subscribe to news
(PresseBox) ( Bonn, 09-07-23 )
The Senate of the Deutsche Forschungsgemeinschaft (DFG, German Research Foundation) has announced the establishment of a new Priority Programme, entitled "Graphene". The programme is designed to run for six years.

Graphene - the strictly two-dimensional, honeycomb lattice of carbon atoms - is a two-dimensional electron gas system (2DEG) with unique and promising electronic properties. A high mobility of charge carriers, which depends only weakly on the temperature and on the carrier concentration, makes graphene an exciting candidate for novel electronic devices, probably even ballistic-transport-based devices. Band gap engineering by e.g. breaking of the sublattice symmetry, by gating of graphene double layers, by means of superperiodic potentials, or by lateral confinement in nanostructures, presents a route towards novel devices not possible in other materials.

Additional functionalities could be created by contacting graphene with other materials. For example, graphene based spin valve devices may be developed using magnetic metals. Furthermore, spin-polarised edge states of graphene offer new possibilities for spin-selective transport. The wide variety of possible device structures and applications of this novel material, which go well beyond the CMOS mainstream, renders graphene a prime candidate for replacing Si in the post-Moore's-law era. Consequently, the International Technology Roadmap for Semiconductors (ITRS) lists graphene under the emerging materials with high potential.

The aim of the Priority Programme is to promote the understanding and control of the properties of graphene with the vision to establish a basis for new, graphene-based electronics. Contributions are expected from experimental and theoretical physics, electrical engineering, materials science, and chemistry. All submitted proposals should address fundamental research on at least one of the following topics:

In order to keep the focus of the Priority Programme sufficiently narrow and to enhance synergies between participants, the proposals must focus on graphene as the active electronic material. Proposals, in which graphene is utilised as a means to modify or probe the properties of other materials, will not be considered. Research related to the following topics will not be part of this programme: bulk graphite; carbon nanotubes; processes for mass production of graphene flakes for application as an additive for other materials such as polymer composites, paints, conducting plastics, printable electronics, etc.; utilisation of graphene as a means to modify and probe properties of other materials.

All potential applicants are invited to participate in a preparation workshop to be held on 30 September 2009 in Erlangen. Participants should contact the coordinator, Dr. Thomas Seyller, as soon as possible. Details can be found on the web site listed below.

Proposals for an initial three-year funding period should be submitted on paper and on CD-ROM (including the proposal and all appendices as pdf-files) not later than 31 October 2009. All proposals must be written in English. Submissions, marked as "SPP 1459 - Graphene", should be addressed to Deutsche Forschungsgemeinschaft, attn. Dr. Michael Mößle, 53170 Bonn. The evaluation workshop is planned for 21/22 January 2010 at the Physikzentrum in Bad Honnef. The first funding period will start in May 2010.

Information on the Priority Programme and all details of the preparation workshop can be found on the following website: www.graphene.nat.uni-erlangen.de