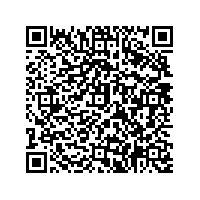 D.Logistics AG today published its half-year financial statement 2009 and looks back on the first six months which where marked by the economic crisis.

Given the present economic environment dominated by global recession, at € 69.8 million, sales in the second quarter 2009 were 17.0 % below the respective previous year's period.

In the first six months, at € 141.0 million, sales were 14.2 % lower than in the same period in the previous year. If an adjustment is made for currency fluctuations, the change repre-sents a decline of 15.8 %.

At € 1.20 million, the operating result (EBITA) in the second quarter was 67.5 % below the level for the same period in the previous year (€ 3.7 million). Earnings before interest, taxes, depreciation and amortization (EBITDA), which amounted to € 3.5 million, were 40.3 % lower than in the same quarter in the previous year. The EBITDA margin was 5.1 % (previous year: 7.0 %). Amortization of tangible assets and other intangible assets increased from € 2.2 mil-lion to € 2.3 million. The individual segments performed in Q2 as follows: Industrial Goods Packaging recorded a slight decline in EBITA by 0.7 % to € 2.6 million. In Consumer Goods Packaging, an EBITA loss of € 0.3 million arose (previous year: € 1.1 million). The Warehouse Logistics segment recorded an operating loss of € 0.6 (previous year: + € 0.9 million) which, however, is dominated by the new "Customization Center" in Euskirchen, which is as yet loss-making and recorded a loss of € 0.5 million. The EBITA loss of D.Logistics AG (holding company) was € 0.4 million (previous year: € 0.8 million). In the first half of the year, the Group EBITA of € 2.8 million was 59.0 % lower than in the previous year.

The second-quarter cash flow from operating activities was € 4.1 million (previous year: - € 1.1 million). In the first six months of 2009, the operative cash flow of € 5.6 million was also substantially higher than in the previous year (€ 2.0 million).

The financial indebtedness of the D.Logistics Group increased in the first six months of the fiscal year by € 5.1 million to € 81.2 million. This development reflects in particular the financing of the dividend payout (€ 3.1 million). As cash and financial receivables simultaneously increased (+ € 3.6 million), the net financial liabilities rose more marginally, by € 1.5 million from € 49.0 million at the end of the year to € 50.5 million.

With an slightly increased balance sheet total, the equity ratio decreased from 40.8 % at the end of 2008 to 38.6 % mainly due to the dividend payout.

Owing, among other factors, to the deconsolidation of D.Logistics Airport Services GmbH as per July 1, 2009, D.Logistics AG now expects sales in the region of € 285 million to € 300 million in the financial year 2009. The operating result (EBITA) is now expected to reach between € 7 million and € 10 million.

The previous plan envisaged sales of over € 305 million and an EBITA of over € 10 million.