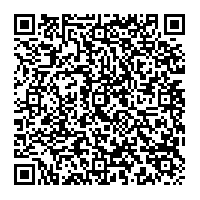 D.Logistics AG: 9-months-report 2008 - Preliminary figures confirmed Further conversion to a packaging specialist pays off EBIT in the third quarter 2008 up 46 %

Positive business trend continues
In the third quarter, the conversion of the D.Logistics Group to an industrial service provider focusing on the "packaging" sector continued to bear fruits. Earnings increased clearly disproportionately high in comparison to revenue. This is due to the positive business performance recorded in North America and the consistently positive performance of Industrial Goods Packaging. Also the results document the independence from transport systems and services.

In the first nine months, at Euro 250.5 million sales were also higher than in the same period of the previous year (1.7 % increase). Adjusted for changes to the consolidated group, this represents a decline of 2.3 %. If an adjustment is also made for the currency fluctuation, the change is - 0.2 %. As regards the sales trend, the loss in Industrial Goods Packaging of transport sales of Euro 13 million in annual terms should be noted. After proportionate adjustment of transport sales (Euro 9.75 million in the first nine months) the growth rate is 3.9 %.


Equity ratio up to 38.4 %
In the first nine months of 2008, the operating cash flow of Euro 10.6 million was slightly lower than in the previous year (Euro 11.4 million) which was due, in particular, to the decline in liabilities (- Euro 2.8 million).
The financial indebtedness of the D.Logistics Group decreased in the first nine months of the fiscal year by Euro 2.5 million to Euro 76.8 million. Net financial liabilities fell even more strongly by Euro 8.7 million, from Euro 55.4 million at the end of the year to Euro 46.7 million.
With a slightly higher balance sheet total, the equity ratio increased from 35.1 to 38.4 %.

Annual forecast confirmed
Despite the deterioration in the economic environment due to the financial crisis, D.Logistics AG is adhering to its published target figures for fiscal year 2008. Sales will reach a planning corridor of Euro 330 to 345 million, and EBITDA of between Euro 13.0 and 14.5 million are still expected.
If the positive business trend continues the payment of a dividend for the fiscal year 2008 is possible.