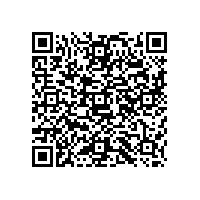 The company was founded in 1993 by former professional skateboarder Rob Roskopp and his associate Rich Novak. The first bicycle rolled out of their California factory a year later and the design, testing and assembly has remained in Santa Cruz ever since. Under this new agreement, the company will continue to be based in Santa Cruz and Rob Roskopp will stay on as CEO. The current management team will also remain in place and continue to be the driving force behind further success at Santa Cruz Bicycles.

Pon Bicycle Group
Within Pon Holdings, Santa Cruz Bicycles will become part of the Pon Bicycle Group. With the acquisition earlier this year of BBB Cycling, an internationally operating manufacturer of bike wear, accessories and parts, and the addition of Santa Cruz, the Pon Bicycle Group is making important steps in its development. The portfolio is now composed of: Santa Cruz, Juliana, Cervélo, Focus, Gazelle, Union, Kalkhoff, Univega, Rixe and BBB Cycling. The group has production facilities all over the world, including in The Netherlands, Germany and the United States, and is active in over 80 countries. This year, some 800,000 bicycles will find their way to customers around the globe, generating an expected turnover of over 600 million euros.

About Pon Holdings B.V.
Pon, one of the largest Dutch family businesses, is an international trading and servicing company, with a great variety of activities. With approximately 13,000 employees spread over 450 branches, Pon is active in 32 countries.