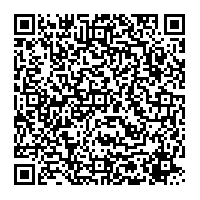 MAGNAT Real Estate Opportunities GmbH & Co. KGaA (ISIN: DE000A0XFSF0) has achieved a net result (under IFRS) of EUR -11.2 million after tax and minority interests in an environment which was again difficult in fiscal year 2009/2010 (1 April 2009 - 31 March 2010). This is due to unrealised fair value adjustments amounting to approximately EUR -9.5 million. The comparative figures for the previous year for the net result amount to EUR -6.2 million. Earnings per share in fiscal year 2009/2010 amount to EUR -1.35 after EUR -0.12 in the previous year. On the reporting date, the MAGNAT Group's consolidated equity is considerably higher at EUR 111.5 million and after 63.1 percent on the same date of the previous year, its equity ratio of 62.9 percent continues to remain very solid. Cash and cash equivalents increased from EUR 7.6 million in the previous year to EUR 8.8 million.

In a difficult market environment heavily influenced by the economic crisis, integration of the asset manager in fiscal year 2009/2010 proved to be a correct and important strategic decision. The integration has made it possible to expand the business model of the MAGNAT Group by the business segment real estate asset management, which leads to the opening of new sources of revenue. Profitable sales from the Turkish YKB portfolio resulted in a cash inflow of EUR 9.5 million and the improvement in income from letting to approximately EUR 2.4 million were particularly positive. The development of business has also been encouraging in terms of the tax relief models in Vienna, where it has been possible to position a model with a positive return on investment within a very short period.

The net asset value (NAV), which is calculated according to international standards, stood at EUR 7.63 per share on the reporting date. In the change of the NAV are included EUR 0.85 per share in unrealised fair value changes.

Revenue from letting increased for the third year in succession from EUR 6.5 million to EUR 6.6 million. In the process, it was possible to increase income from letting considerably to EUR 2.4 million (previous year: EUR 1.5 million). This significant increase in earnings is primarily due to the reduction of expenses associated with generating rental income.

Income from companies valued at equity amounts to EUR -5.8 million after EUR 2.7 million in the previous year. Of the fair value changes contained in this result, EUR -5.9 million stems from the Ukraine portfolio alone.

Aside from intensification of the remarketing efforts MAGNAT continues to give absolute priority to securing liquidity. With the new strategic positioning around the real estate asset management segment, MAGNAT aims to broaden the revenue side sustainably. Business Segment Asset Management plans to implement two tax relief models per year in order to balance the business model. The business model 'Entrepreneurial Asset Management for Third Parties' is to be expanded more intensively as well. In the Development segment, significant inflows are anticipated from the YKB portfolio. Overall, remarketing efforts in the CEE/SEE region will be further strengthened and investment opportunities explored in the German speaking countries. Another important strategic step in the current fiscal year will be the conversion of the Group into a joint stock corporation, which is scheduled for the third quarter of 2010.

Jan Oliver Rüster, CEO of MAGNAT, comments: "Not only have we succeeded in navigating the MAGNAT Group through an extremely difficult environment, we have also put enormous effort into resolutely using last year to realign the Group strategically and make it fit for the future. Unfortunately, at EUR -11.2 million our annual result after minorities is still clearly unsatisfactory at first glance. However, at second glance - excluding the unrealised market value changes - the key operating figures show that we are on the right track and have chosen the right strategy. Assuming a normal economic environment I believe that MAGNAT can and will generate operating profits again in the future."

MAGNAT Real Estate Opportunities GmbH & Co. KGaA is the first real estate company with a focus on property development in Eastern European, Austrian and German metropolitan areas to be listed in Frankfurt.

The strategy of MAGNAT is designed to exploit inefficiencies in real estate markets. Unlike the traditional 'Buy & Hold' approach, MAGNAT takes a 'Develop & Sell' or 'Buy & Sell' approach, which focuses on property development supplemented by portfolio trading.

MAGNAT investors participate in development returns in Eastern Europe, South-Eastern Europe, the Commonwealth of Independent States (CIS) as well as in Germany and Austria.

It is planned to convert MAGNAT into a joint stock corporation (AG) by the third quarter of 2010.