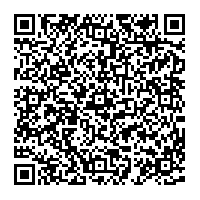 Become an exhibitor of EuroMold BRASIL and take advantage of the business potential of Brazil's growing market and excellent business environment!

(PresseBox) ( Frankfurt am Main, 14-07-04 )
South America receives for the second time, one of Europe's largest fairs of tools, molds and design, EuroMold. Held in Joinville/SC, the Brazilian version was named EuroMold BRASIL - International Trade Fair for Tool Moldmaking and Tooling, Design and Application Development, and takes place between August 18th and 22nd in Joinville Santa Catarina one of the most developed Regions in Brazil in this sector. The event is located in the 3rd largest city in southern Brazil and one of the country's three major tooling centers, this helps, among other factors, to broaden, and with quality, the supplier base for the segment.
Due to the growing economic development in the region, large corporations are bringing their factories (for example GM with its two units, and BMW) Companies such as Tigre, Fortlev, Amanco, Víqua, Dânica, Docol, Whirlpool, Embraco, und Tupy are already located in the region. Santa Catarina, which has always been a large industrial pole in Brazil, now has also become one of the major poles of the automotive industry. Every year it becomes more industrialized. Because of the increasing level of development, the demand for new products and technologies is growing constantly.
To arrange EuroMold BRASIL, Messe Brasil created a totally new venue, an annex to Expoville, with an area of 3,200m², directly connected with the Interplast - Trade Fair and Congress of Plastic Technology Integration, an event that occurs in parallel. It allows visitors to circulate between the two fairs, further leveraging the exchange that the simultaneity of the events provides with visitors coming from 23 Brazilian states and 23 other countries, the majority from South America, followed by the USA and Europe, the total public exceeded 28,000 visits and R$ 480 million in business.