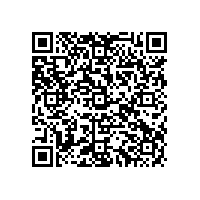 Business in the first six months

Market environment. Hopes for a turnaround in the European market for replacement tyres were unfulfilled in the first six months of the current year. According to the manufacturers' association ETRMA, sales of replacement car tyres to distributors in Europe were 1 % lower than in same period of the previous year. Here in Germany, the spring-like weather persuaded many drivers to make an early switch to summer tyres in March, resulting in a noticeably decline in summer tyre business in the second quarter. According to current figures published by the industry associations, in the first six months of the current year, consumer sales of replacement car tyres booked by German tyre dealers were down by 2.8 %. It is anticipated that the value of the summer tyre business saw a decline of 4.9 % in the first half of 2017.

Revenues. In H1 17, the Group recognized revenues of EUR 297.1 million, an increase of 8.0 % after EUR 275.1 million in the prior-year period. During the first three months of the current fiscal year, Delticom generated revenues of EUR 126.8 million (Q1 16: EUR 105.8 million, +19.9 %). Other than in the previous year, some springlike days in March favored an early start to the summer tyre season. However, with the weather pulling sales forward, the increase in the second quarter was accordingly weaker. In the second quarter, the company generated revenues of EUR 170.3 million (Q2 16: EUR 169.3 million, +0.6 %).

Gross margin. The cost of goods sold (COGS) is the largest expense item; it considers the purchase price of sold products (mainly tyres). Group COGS increased by 11.8 % from EUR 210.1 million in H1 16 to EUR 234.8 million in H1 17. The gross margin decreased in the reporting period from 23.6 % in H1 16 to 21.0 %. In the first six months the company structured the prices in its online shops in line with its sales targets for H1 17.

Personnel expenses. In the reporting period, Delticom employed an average of 156 staff members (H1 16: 144). Personnel expenses amounted to EUR 5.2 million (H1 16: EUR 5.0 million, +5.4 %). Broadening our business activities has resulted in further new hirings over the past 12 months in order to drive forward the pace of development in individual areas.

Marketing. Marketing expenses in H1 17 amounted to EUR 12.0 million, after EUR 12.4 million the previous year. On the one hand, the 3.2 % decrease goes hand in hand with a change in the marketing mix. On the other hand, no TV advertising costs have been incurred for the Tirendo shops since mid of 2016. H1 17 marketing spent with 4.0 % of revenues was lower than last year's 4.5 %.

Depreciation. Depreciation decreased from EUR 4.5 million by 19.0 % to EUR 3.6 million. This decline was essentially due to lower scheduled write-downs on intangible assets.

EBIT. Earnings before interest and taxes (EBIT) decreased in the reporting period by 18.1 % to EUR 1.3 million (H1 16: EUR 1.6 million). This translates into an EBIT margin of 0.5 % (EBIT in percent of revenues, H1 16: 0.6 %). Thanks to a reduction in depreciation, the decline in EBIT compared to EBITDA was less pronounced. On the expenses side, the company has invested the reduced amount of depreciation in H1 17 almost entirely in new projects.

In the reporting period Delticom invested EUR 1.8 million into property, plant and equipment. Further EUR 1.2 million were invested in intangible assets (H1 16: EUR 0.2 million). As a result, the cash flow from investment activities totalled EUR -3.1 million (H1 16: EUR -20.2 million). The figure for the previous year resulted from the acquisition of the efood and logistics companies in H1 16.

In the reporting period, Delticom recorded a cash flow from financing activities amounting to EUR 11.9 million, thereof the dividend payout for the last financial year of EUR 6.2 million and the repayment of long-term loans of EUR 1.3 million. The cash outflow was offset by inflows from financial liabilities of EUR 19.4 million.

Revenues in the first half of the year developed as scheduled. In a weak market environment, the company succeeded in increasing the volume of sales in its core business compared to the year before.

More than half of the world's population already uses the internet and this trend will continue. In many areas, online trading is now a key growth driver.

As Europe's leading online retailer of tyres and automotive accessories as well as efood specialist and expert in the field of efficient warehousing logistics, Delticom is set to profit in the coming months from the increasing trend towards E-Commerce. We expect to see a further positive trend in sales in the second half of the year.

The full report for the first six months 2017 stands ready for download within the "Investor Relations" section of the website www.delti.com.

Delticom AG is the leading online distributor of tyres and automotive accessories. Our product range also includes the online second-hand vehicle trade and efood. Delticom has extensive experience in creating shops for the international market and in trans-national E-Commerce. In addition to design, Delticom also provides product descriptions and a comprehensive customer service programme in your national language. Establishing efficient warehousing and logistics processes is utilised not only in selling tyres, used vehicles and online grocery shopping, but is also offered to third parties as an additional service.

Since its establishment in Hanover, Germany in 1999, the company has accrued exceptional expertise in designing efficient, fully integrated internal ordering and logistics processes. The company owns its own warehouses, including a fully automated small item warehouse.

In 2016, Delticom AG generated sales in excess of € 600 million and achieved an EBITDA of € 15.1 million. The E-Commerce specialist operates in 71 countries with over 430 online shops and online distribution platforms, serving over 11.4 million customers. The range of tyres offered to retail and commercial custom-ers includes over 100 brands and more than 25,000 models of sedans, motorbikes, trucks, utility vehicles, buses and complete wheel sets. Customers are also able to have the ordered products sent to one of the 43,000 service partners of Delticom AG around the world.

Our range also encompasses over 300,000 automotive parts and accessories, including motor oils, snow chains and batteries. Entry into the business of online used car selling has rounded off the automotive offering. In this sense, Delticom AG has developed from a classic online retailer to an online solutions pro-vider. Delticom AG also now offers a comprehensive range of around 20,000 different food items.

The shares of Delticom AG have been listed in the Prime Standard of the German Stock Exchange since October 2006 (ISIN DE0005146807).