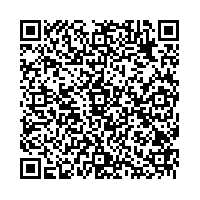 DEAG with successful fiscal 2012/Executive Board proposes doubling of dividend

DEAG Deutsche Entertainment AG (ISIN DE000A0Z23G6) has continued to extend its strong market position in fiscal 2012 and stepped up its profitable growth. Consequently, the Executive Board will propose to the Annual Meeting and the Supervisory Board a doubling of the dividend for the past fiscal year.

During the fourth quarter of fiscal 2012 Group sales revenues rose to EUR 59.2 million. This corresponds to a 72 % plus versus the prior year period. Earnings before interest and taxes (EBIT) amounted to EUR 3.0 million during the last quarter 2012 and were 83 % higher compared to the previous year. The consolidated result after minorities went up by 76 % to EUR 0.9 million.

During the full year the sales revenues of all DEAG Group companies before consolidation amounted to EUR 166.7 million. Sales revenues after consolidation amounted in 2012 to a total of EUR 155.7 million and were hence some 21 % higher versus prior year. Despite non-recurrent expenditure in the upper six-digit range for the further international development of the Group, the EBIT was maintained at EUR 7.2 million and hence on prior year level (EUR 7.4 million). The investments made in 2012 will make significant positive contributions to the result already during the current year. The Group result after minorities rose in 2012 from EUR 2.5 million to EUR 2.7 million; this corresponds to earnings per share of EUR 0.22. The equity ratio increased on a Group level at the end of 2012 from 30.4 % to 32.1%.

As a result of the positive business development and the good perspectives, the DEAG Executive Board will propose to the General Meeting and the Supervisory Board a dividend of 8 cent per share after 4 cent during the previous year.

The positive development in 2012 was supported by all segments: A particularly high profitability was recorded by the Classical music segment in Germany, Switzerland and the United Kingdom, the local event business, the segments German Schlager and middle-of-the-road-music as well as co-operations in the field of ticketing. The business development confirms the orientation of DEAG as an integrated Entertainment Content Company.

For the current fiscal year 2013 DEAG has already a well-filled pipeline and against this backdrop it anticipates a further rise in sales revenues and profit. In the course of the year the event pipeline boasts a particularly strong second and fourth quarter 2013. By now 80,000 tickets have already been sold for the FlicFlac production "EXXTREM"; this is likely to make a contribution to significant earnings in the Family Entertainment segment. The newly established consulting business of Verescon AG has likewise had a positive and internationally strong start into the New Year. The DEAG highlights include in 2013, amongst others, open-air series with this year's Echo award winners Peter Maffay and David Garrett as well as concerts with Meat Loaf, Eric Clapton, Bon Jovi, Die Toten Hosen, Santana, Mark Knopfler and the Folk-Rock'n'Roller Andreas Gabalier. In the Classical music segment the about 30 performances of the productions "Carmen" with the Royal Philharmonic Orchestra and "Swan Lake" with international guest stars of the English National Ballet in the London Royal Albert Hall as well as the classical music cycle with Jonas Kaufmann, Rolando Villazón, Angela Gheorghiu and Bryn Terfel should be pointed out by way of example. New artists like the Piano Guys and 2 Cellos were likewise successfully positioned on the market.

The Annual Report 2012 will be published on March 28, 2013 on www.deag.de in the Investor Relations section.