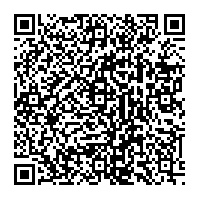 Peter Schwenkow will remain CEO of the joint venture. He has agreed to serve in this role for a period of five years to strengthen the DEAG Classics AG's existing position in the Classical Music business in Europe and to press ahead with the international expansion, supported by one of the world's largest entertainment groups. In addition, he will continue in his role as CEO of the parent company DEAG Deutsche Entertainment AG.

For Sony Music Entertainment the participation is an important step within the diversification of its core business and the renewed focus on Classical Music and live entertainment.

The new partners in the Classical Music business intend to market artists jointly and internationally within a 360-degree-approach. For DEAG Classics AG this represents a big opportunity as regards the expansion of its activities in Europe and potentially elsewhere. The company expects a positive impact on the depth and quality of its artist roster. DEAG Classic AG's significant Classical Music operations in Great Britain, which are run by the subsidiary Raymond Gubbay Ltd., will be part of the new joint venture. In addition to the operative and strategic advantages the sale of the participation also has positive effects on results, cash flow and equity ratio of DEAG.

Further details will be announced tomorrow (Wednesday) at 3 pm at a press conference in the Kaisersaal at the Sony Center in Berlin by Rolf Schmidt-Holtz, CEO Sony Music Entertainment, New York, together with Bogdan Roscic, CEO Sony Classical, and Peter Schwenkow, CEO DEAG Deutsche Entertainment AG.

The company will also hold a conference call for analysts and finance journalists today (Tuesday) at 5pm and provide additional information of the transaction. Interested parties may obtain the necessary access information by phoning edicto GmbH on +4969905505-53 or emailing deag@edicto.de.