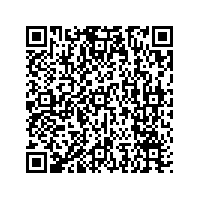 Planned IT budget increases outstripping IT budget decreases in some countries

(PresseBox) ( London, 09-03-05 )
Enterprises in Benelux, Nordics and Australia are the most confident

Despite the fact that enterprises globally are planning on keeping their IT budgets flat and there will be no growth in 2009, a new report by independent market analyst firm Datamonitor reveals that in some countries, enterprises are much more confident about their future outlook with planned IT budget increases outstripping IT budget decreases. Titled 'How Will IT Budgets Hold Up in 2009', the report also goes on toreveal that even in the industries worst affected by the downturn, there are opportunities for technology vendors.

"It is clear there has been a noticeable decline in enterprise confidence. However the findings are not as negative as might have been expected", says Daniel Okubo, technology analyst with Datamonitor and the report's author. "Despite the rise in the proportion of IT budgets which are remaining flat, there are still a sizable proportion of enterprises which are planning to increase IT expenditure. Technology vendors should be keenly aware that the economic conditions of a country directly impacts enterprise IT budgets."

Rising number of IT budget decreases

Datamonitor surveyed 520 IT decision makers* towards the end of 2008 to gain an understanding of how enterprises are reacting to the global economic crisis, and to gauge their confidence levels.

Across all of the 14 countries surveyed in the second half of 2008, there was a rise in the proportion of planned IT budget decreases compared to a similar survey conducted in first half of 2008. The percentage of IT decision makers who plan to decrease their IT budget significantly in 2009 has risen to 8% from 3%, over the last 6 months.

Confidence is lowest in the UK, France and Italy

Enterprises in Benelux, Nordics and Australia are the most confident

Despite the bleak outlook for some countries, enterprises in Benelux, Nordics and Australia appear to be much more confident about their future outlook with planned IT budget increases outstripping IT budget decreases. These economies are expected to be less affected by the economic downturn, with the exception of Iceland, and this is reflected in Datamonitor's findings.

Even in the industries which have been the worst affected by the downturn such as manufacturing and retail banking, there are opportunities for vendors who understand enterprise requirements in a downturn.

In the manufacturing sector, software vendors are going to see demand fall in some areas, such as supply chain analytics, product lifecycle management and marketing customer relationship management (CRM) which are not viewed as core or essential processes. However, other areas like sales CRM, financials, procurement and manufacturing execution will continue to see healthy levels of investment and technology vendors should focus on these core areas.

Similarly in retail banking, investments will be made that: are essential from a regulatory standpoint; make a demonstrable improvement to a retail banks bottom line; and protect the institution from exposure to risk, be it lending fraud or operational failure. Investment into online channels will remain on the agenda, though banks have invested heavily in this area over the past few years.

These are just a couple of examples of where opportunities exist in vertical markets despite the forecasted global recession.

"Datamonitor's survey reveals IT budgets have been hit the worst in developed economies which are falling into a recession. Although there is a noticeable correlation between an economies' future outlook and projected growth in enterprise IT expenditure, there are opportunities in every vertical market if vendors understand enterprise requirements. Enterprises are more interested in raising efficiency than cutting costs. Technology vendors should tailor their sales and marketing to address the specific needs of the enterprises they are targeting, while taking into account the economic conditions they are operating in."