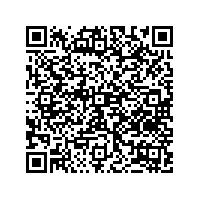 Green IT gains an upside in the economic downturn

Subscribe to news
(PresseBox) ( London, 09-07-02 )
The current global economic recession has squeezed IT budgets, hindered capital expenditure and generally slowed the growth of IT development. However, according to a report just published by independent market analyst Datamonitor, ‘Can Green IT Bloom in an Economic Downturn’, it may also prove to be a significant upside to the market for green IT.

“The global economic recession has spurred a paradigm shift in the way organizations evaluate, budget for and deploy green IT”, says Rhonda Ascierto, senior analyst at Datamonitor and the report’s author. “The downturn has also resulted in green IT trends for datacenters, client devices and asset lifecycle management, as well as re-shaped return on investment (ROI) models.”

Green IT that eliminates capital expenditure is increasing in demand

Current green IT investments are driven by compliance with environmental legislation and cost savings. In particular, green IT that eliminates the need for capital expenditure (capex), such as datacenter virtualization, datacenter design and layout, and asset lifecycle management, has become increasingly important as IT budgets remain constrained.

Datamonitor research shows IT budgets are likely to remain flat in 2009, which means cost-effective green IT is likely to increase in demand. As such, organizations no longer regard green IT and cost-effective IT as being mutually exclusive. This represents a significant paradigm shift and bodes well for the future evolution of the global green IT market.

Restrained IT budgets also mean that green ROI models are becoming compulsory and shorter. In order for green IT vendors to satisfy new ROI requirements, they are being forced to develop more efficient and greener IT solutions.

Green IT is becoming more important in the datacenter

Flat IT budget growth also means that organizations that face critical datacenter limitations, such as a shortage of floor or rack space, are looking to software or outsourcing alternatives to building new datacenters or upgrading existing facilities. Those alternatives include IT leasing, managed services, virtualization software, cloud computing and software-as-a-service (SaaS).

Datamonitor believes datacenter resources will increasingly be hosted in a cloud computing environment, which should – at least theoretically – fall under the green IT banner.