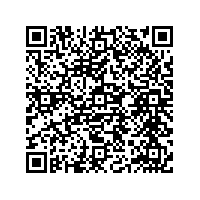 Subscribe to news
(PresseBox) ( Frankfurt, 09-03-17 )
The recent election of Mauricio Funes as the president of El Salvador has many in the global outsourcing community questioning the viability of the country as an optimal location for business process outsourcing (BPO) delivery. However, independent market analyst Datamonitor is cautiously optimistic that the new president-elect will not jeopardize the positioning of El Salvador as a third-party function delivery site.

Mauricio Funes was elected as president of El Salvador on March 15, leaving many outsourcing executives concerned about the possible impact on the country as a location of choice for BPO delivery, which to date has attracted investors including Sykes, Teleperformance and Atento. Scenes of militants waving red flags in the streets and laudatory congratulations from Venezuelan president Hugo Chavez are certain to reinforce such concerns, at least in the short term. However, Datamonitor feels that existing and prospective BPO investors need not be worried about the long-term commercial direction of president-elect Funes.

Throughout the course of the election campaign and during his post-victory remarks, Funes has made it abundantly clear he favors a policy course similar to those of Brazilian president Lula Da Silva and Chilean president Michele Bachelet. Both of these individuals have proven to be moderate leaders that have been encouraging of both foreign direct investment and the BPO industry in their respective countries.

It should also be reassuring to BPO investors that president-elect Funes has been adamant in his willingness to work with the US. He has explicitly stated he wants to reinforce ties with Barack Obama's administration. Considering the massive amount of investment from the US into Latin America (part of which includes BPO), this should be interpreted as a positive sign by businesses.

The strength of the ruling party's opposition should prove beneficial for business. While Funes has won a presidential mandate, his margin of victory was narrow, a point that he cannot ignore when looking to produce legislation. The El Salvadorian legislature is divided among multiple parties, meaning that consensus will be required in order to pass any type of law. Usually, in such situations, moderation wins out over extremism in terms of policy direction, which should hearten prospective BPO investors looking at El Salvador.

Anecdotal evidence collected during research on BPO in Latin America indicates that a major impediment to investment in El Salvador is crime, which is among the worst in the region. Throughout the election campaign, Funes indicated a reduction in criminal activity would be a major aim for his administration. If accomplished, this could help in improving the overall business climate of El Salvador in the eyes of foreign investors wary of instability.

There remain threats to business that could originate with the new administration, however. While some believe Funes's cabinet is likely to be well-balanced, with ministers of various political backgrounds, his hard-left vice president, Salvador Sanchez, is said to be enthusiastic about taking the government in a direction that could negatively affect BPO investment in areas such as taxation and labor laws. Despite initial optimism, Datamonitor advises that BPO investors looking to invest in El Salvador exercise considerable due diligence in assessing the new president's administration once it takes office.

Peter Ryan is head of contact center outsourcing analysis at Datamonitor. He brings with him a wealth of experience in the technology sector, gleaned through strategic marketing work with the Bank of Ireland Treasury & International Banking, Gateway Computers, and NFO Prognostics. His areas of research expertise include:

Peter has authored reports covering enterprise software market events, outsourced call centers in Canada, call centers in EMEA, North Africa and Eastern Europe, as well as voice applications investment. He has presented his views at various conferences including Voice Leadership Forum 2005 in Sydney, SpeechTEK 2004 & 2005 in San Francisco, LangTech 2003 in Paris, DiData 2004 in Zambia and ICT 2005 in Delhi, Offshore Summit 2005 in Prague, SACCCOM Annual Convention in Johannesburg and The Russian Outsourcing Summit 2006 in Moscow. He holds a Bachelor of Arts in Political Science and Economics from University of Saskatchewan (Canada), and an MBA specialising in International Business from Dalhousie University (Canada).