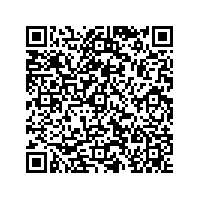 70% of Government Agencies have implemented or plan to implement GIS

Subscribe to news
(PresseBox) ( London, 09-03-19 )
A survey by independent market analyst Datamonitor reveals nearly three-quarters of government agencies in Europe and North America have, or plan to implement geographic information systems (GIS), with over half of agencies surveyed having implemented GIS in the last 12 months. According to the report 'Where in the City? Using GIS to Manage Government Information',from mapping crime rates, urban planning, monitoring traffic patterns, to national defense, governments are looking for ways to leverage GIS in order to make more informed management decisions and provide enhanced service to constituents. As nearly all of the information collected by governments contains a geographic element, public authorities are increasingly implementing GIS solutions to manage all that data.

"GIS has seen rapid uptake in the public sector, due to its broad applicability", says Ben Madgett, public sector technology analyst at Datamonitor, and the report's author. "In particular, the popularity of online mapping services has made the technology much more accessible. The use of maps to convey information adds an extra dimension to data that might not jump off the page in a simple list or spreadsheet. The visual aspect provides agency decision makers with an added tool for analysis that wasn't there before GIS."

According to the report, the key driver behind the adoption of GIS in European and North American government agencies is the demand by constituents. Nearly half of agencies surveyed cited constituent demand for new, better and more interactive services as the reason they had decided to implement GIS. "We no longer have to make the trip to City Hall to view government maps", says Madgett. "Agencies increasingly offer the ability to view this information while sitting at home on your computer."

Not only does GIS provide better service to the citizen, it also promotes transparency by agencies. For example, if a particular geographic area shows higher rates of crime, citizens can view this on an online map and are likely to call for action. At the same time, a police chief will have a very clear picture to justify redeploying resources to help reduce incidents. "Geographic representation of crime patterns in a city provides an easy to understand visual of how good a job each police precinct is performing", says Madgett. "A picture- or in this case, a map- really does say a thousand words."

In addition, as GIS technology improves, and more sophisticated applications for data collection and visualization are developed, there is an increased emphasis on the need to analyze the mass amounts of information collected by governments. "At the most basic level, if a citizen is searching for their local social services office, there is an expectation agencies will provide not only local addresses but also maps and directions to local government buildings. Higher up the value chain however, GIS can be used for advanced analytics, around everything from coordinating emergency response to how a development might impact the surrounding city infrastructure."

Moving forward, Datamonitor believes GIS is here to stay, and not only will more agencies adopt the technology, but those currently using it will continue to upgrade and expand their current deployments. "The technology is now in wide demand at all levels of government, and across geographies as well", says Madgett. "It's safe to say GIS has hit the tipping point in government."