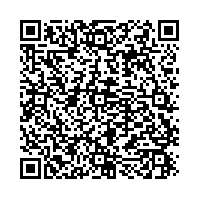 When will Italy's True Fleet Market reach its peak?

Subscribe to news
(PresseBox) ( Frankfurt am Main, 17-04-25 )
So it seems that last months’ subdued growth rates from True Fleet have quickly been forgotten with Italy’s first month of double-digit growth for 2017. While it seemed the growth looked to be slowing somewhat with January’s + 9.2% followed by February’s + 5.1% Italian fleet has once again delivered with a + 12.5% for March. The Total Market finished with 232,000 registrations, the best March numbers since 2010, with an 11.9% growth for the Private Market and a massive + 48.4% from Special Channels adding to True Fleets tally and giving the Total Market a 19.3% growth.

It was interesting to look into the models from True Fleet. As expected five Fiats were placed inside the top 10 with the Panda still retaining the #1 spot as it has for all of 2017 but it was models from other manufacturers that drove our attention. Released in spring 2016 Volkswagen’s 2nd Generation Tiguan has been registering over 500 units a month since September 2016 and had it best month on record ever in March with 710 units registered. Placing this into context the previous generation’s highest volume was a little over half that with 313 units in January 2009. The Ford Fiesta is the other stand-out. Possibly on run out with the new version due later in the year it also achieved its best month ever recording 1,900 units in March. This is only the 3rd month where they have ever reached a four-digit finish the other being 1,235 units (Feb 2017) and 1,305 units (May 2016).

We obviously could not finish our press release without touching on Special Channels. This segment’s registrations are often referred to as tactical and contain figures from Rentals, Dealerships and Manufacturers. While the growth rate of + 48.4% is certainly impressive, both September & October 2016 delivered higher growth rates of 60.8% and 52.5% respectively. What is amazing is the volume, 58,042 units were registered in March beating last month’s record breaking month of 46,108 units, which was the highest ever recorded since Italian Dataforce records began in January 2004. Fiat was unsurprisingly the OEM with the highest volume, registering 3 times more than its nearest competitor VW and collecting the top 5 places for model ranking with the Tipo in #1 spot with 4,109 units.

KEYVANY in the MOHR GROUP