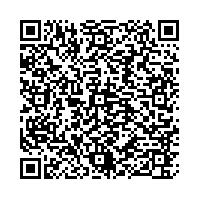 Subscribe to news
(PresseBox) ( Frankfurt am Main, 17-05-16 )
Three working days less compared to April 2016 had undoubtedly a serious (negative) impact on April `17’s performance. Minus 8.0% for the German passenger car market overall is the weakest output this year so far. While the Private Market was declining by -8.1% True Fleet registrations were even down by -14.6%. As a result, the year-to-date fleet performance turned slightly negative (‑1.0%).

Outside the Top 10 Peugeot and Fiat performed impressively, both gaining five positions. Peugeot ranked 11th with a growth of +26.7% which was mainly driven by the new 3008 and the all-new Peugeot Traveller, the passenger car version of the 3rd generation Expert. Within Fiat (12th, +18.1%) the Ducato and Tipo were especially successful and additionally supported by the Italian’s two new entries of the 124 Spider and Talento.

Although both direct end customer channels – Private and True Fleets – were clearly below the comparison month, some brands reported growing volumes in both channels. Among the volume brands Fiat, Seat and Suzuki increased their registrations. The same is true for Alfa Romeo, Infiniti, Maserati, Subaru and Tesla.

What a close battle between the different vehicle segments in April. The three segments in the lead (SUV, Middle-Class and Compact Cars) were only 75 registrations apart from each other and achieved market shares of 20.4%, 20.3% and 20.3% respectively. Behind the Top 3 the spread between Utilities, Higher Middle Class and Small Cars was very close as well with shares of 8.0%, 7.9% and 7.7%.