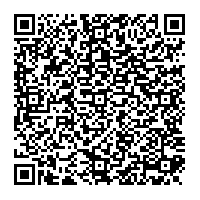 Electric Vehicles and Plug-ins see a 60% surge in vehicles on the road in Germany in the last year, but do stay in the parc?

Subscribe to news
(PresseBox) ( Frankfurt am Main, 20-05-13 )
On the wings of the German incentive policy, the parc of electric vehicles and plug-ins have grown with 60% from 2019 to 2020. In contrast, the total parc grew with 1.3%. There is still a long way to go to electrification, as the share of Electrical vehicles in the parc stands at 0.3%. Also, in the last 5 years, almost 20% disappeared from the Parc after registration.

Given the small EV and Plug-in fleet that has been existing, it is no surprise that the parc has been expanding, especially with the incentives in 2019.

The parc of vehicles with a gas installation, has been dropping steadily since 2014. Given the focus on electrified transport by OEM’s and the government, we do not see this trend to turn around soon.

Where does the growth come from?

If we look at the growth per brand, taking in account EV and Plug-in combined, we see that BMW has had the largest increase, which is thanks to their wide variety of electrified products. Registration wise, 2019 has been the best year for the BMW i3 so far, resulting in half of BMW’s parc growth.

One other obvious winner is Tesla at number 2, while we see Renault outperforming the other German brands, at a bit surprising number 3 spot.

There is a clear difference in customer type that is being served depending on the origin of the brand. The German brands have strong fleet footprint, capitalising their strong TCO. The non-European brands have normally a favourable list price, which is more suitable the private buyer.

Do the Electrical vehicles stay?

In some countries, there has been a problem of keeping vehicles in country, after incentives have been granted. In this case, incentive support does not drive the improvement of local emissions and clean air as much as planned.

We looked at the last 5 years of registrations and checked how many of those still are on the German road, split by fuel type.

Slightly concerning is here that for both electric vehicles (82%) and Plug-in vehicles (75/%) the rate is below the average (91%) and well below petrol (96%). Given diesel gate, we could expect that there would be an exodus of diesel vehicles, but for electrified transport we would assume they stay.

The reason for this in specifically is the KIA Soul EV, of which only 13% have remained. Also, of the BMW i3 and Volkswagen Golf EV just 80 remained. The EV with the most vehicles in operations is the Renault Zoe, and there the drop of rate is 0. Meaning that there are as much vehicles in the country, as have been registered the last years.

The Plug-ins have a lower dispersion between the different models, with a retention rate that lies usually between 70% and 80%.

Reasons why these vehicles do not remain on German soil might be speculation, but we could provide following plausible arguments:


All in all, it might be wise for the government to put in place a policy that keeps low emission vehicles in country, so the environmental gain stays where it is supposed to be.

DATAFORCE – Focus on Fleets
Dataforce is the leading provider of fleet market data and automotive intelligence solutions in Europe. In addition, the company also provides detailed information on sales opportunities for the automotive industry, together with a wide portfolio of information based on primary market research and consulting services. The company is based in Frankfurt, Germany.

Recommend Electric Vehicles and Plug-ins see a 60% surge in vehicles on the road in Germany in the last year, but do stay in the parc? press release