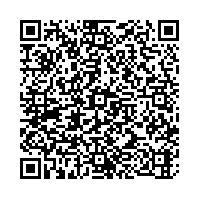 Subscribe to news
(PresseBox) ( Frankfurt am Main, 20-04-15 )
In a special evaluation, Dataforce examined the effects of the corona lockdown on the seven largest car markets in Europe. The consequences could also be drastic for the German fleet market. The new forecast for 2020 shows a decline of almost 50 percent compared to the previous year.

Hardly any new registrations possible in the short term
Over the next few weeks, the closures of registration offices and showrooms combined with the production stops in factories will have the greatest impact. In many cases companies that have already ordered new cars are unable to register them. The resulting drop will amount to more than 80% of the volume we initially projected for April and May.

Lockdown effective until October after
However, the consequences extend beyond the lockdown period. Closed dealerships correspond to a significant shortfall in new car orders today and this will lead to fewer registrations in the coming three to six months. Hence, even under the assumption that dealers will reopen in mid-May and factories will restart quickly, registration figures will continue to be dampened into October.

Uncertainty leads to postponement of investment
In addition to these restrictions on the supply side, demand is also affected both in the short and in the medium term. Companies must take into consideration that their economic situation may deteriorate in the coming months. Accordingly, some investments that are not strictly necessary will be postponed until the situation becomes clearer. Once again taking into account the delay between car order and delivery date, the consequences of this uncertainty will be felt until early 2021.

Economic consequences will dampen fleet demand in the coming years
In the medium to long term, the upcoming recession will jeopardise demand for company cars. Our experience from the 2008/2009 financial crisis indicates a delay of several months until this effect becomes visible and another delay between the economic recovery and the rebound in car demand. For Germany, Dataforce is assuming a broad recovery by the end of 2021. Until then, however, demand will be noticeably lower than in our original forecast at the beginning of the year. This is also due to special effects that affect the fleet market in particular, such as more difficult access to corporate loans and lower residual values when used company cars are resold.

Catch-up effects strengthen 2022 and 2023
We expect some of the demand shortfall to be made up for in the period 2021 to 2023, as a result of which Dataforce's fleet market forecast for 2022 and 2023 rises slightly - despite the weaker economic expectations.

More details regarding the Dataforce forecast product can be found at
https://www.dataforce.de/en/forecast/